One year since he stormed into the entertainment scene, Cameroonian rapper Stanley Enow aka Bayangi Boy has received a historic career boosting MTV Award nomination. 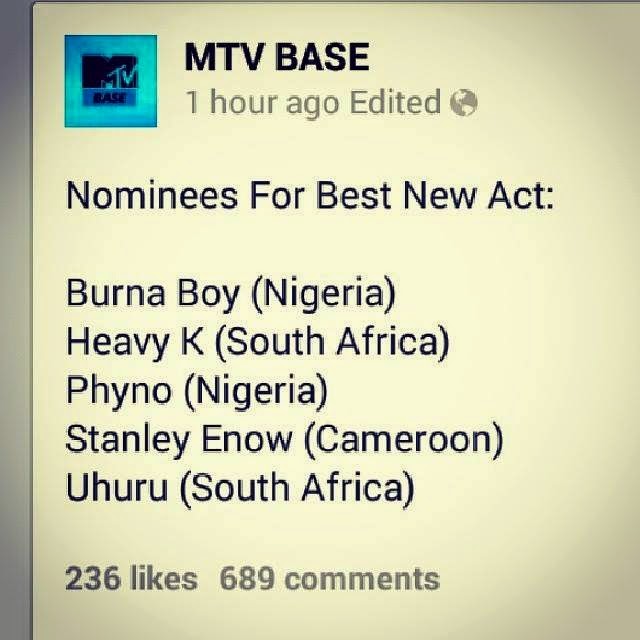 The announcement was made in Durban, South Africa on the evening of April 16th at a star studded nomination party.

Enow, who must beat Nigeria’s Burnaboy and Phyno to the “Best New Act” prize, is the first musician from Cameroon to receive such an honour and recognition.

“I thank God for this blessing. I do it for the youths. I do it for my country. Amen” Enow stated following the announcement.

The Samsung ambassador’s debut hit “Hein Père” catapulted him to sensation status within and beyond Cameroon. Shot by Shamak Allaharamadji, the video has garnered nearly half a million views online.


His follow up video for Tumbuboss (Deluxe) is also causing a stir as fans rushed to view it on his Youtube Channel, gathering over 30.000 views in just 8 days. If you haven't seen it yet, watch it below.

Stay sweet
Dulce
xxxx
Posted by Dulce at 7:49 AM