POP UP FASHIONMARKET, 2 DAYS TO GO!!

Once you pop, you just can’t stop! No, not the crisps it’s all about Pop Up FashionMarket, London’s hottest new spot for exquisite chic courtesy of events house, Votre Avant Garde (VAG) the creators of the acclaimed CamerCouture Fashion Showcase.

Grab a chance to bag a fabulous free copy of FAB magazine from their media sponsor, oh and some delicious Lolita’s cupcake treats awaits the first 30 people! Hmmm, any more to look forward to? Yes! They also have a delightful surprise up their sleeves!!

Seems like an experience not to miss with OH TV and VoxAfrica crew to be in the house! Head down to the Real World Gallery, 65 Hanbury Street, E1 5JP on Sunday July 3rd. Doors open from 10am to 6pm.

Some pieces from confirmed designers below!

The Royal Commonwealth Society (RCS) in London is inviting young people from around the Commonwealth Nations to make their voice heard on a Global Platform, through Film and Photography.

This year, the Commonwealth theme is ‘Women as Agents of Change’. The RCS is inviting entrants to use the medium of Film or Photography to describe the opportunities and barriers faced by women and the roles they play within their family, their community and their nation.

Prizes across both competitions include cash awards, film and photography equipment, exhibitions at prestigious venues and submission to prestigious festivals around the Commonwealth nations.

Furthermore, awards and prizes were presented at a special gala awards ceremony by Gurindher Chanda the award-winning director of films such as “Bend it like Beckham”, “Bride and Prejudice” and “Bhaji on the Beach”.

Details of this year’s top prizes will be revealed early July 2011.

John Apea, the star of the iconic TV show, “Home Sweet Home” and a multiple recipient of the African Movie Academy Award (AMAA) is currently working with the RCS to deliver this competition. He added “This is a very exciting project which would provide unbelievable exposure for any aspiring film maker and photographer. I urge all young people from the Commonwealth to get involved”. He adds, “whether your camera is big or small, expensive or inexpensive the RCS wants you to get involved”.

In previous years, winners of the competition have included amateur film makers or photographers. The RCS team advises, “what we are looking for is a creative spark, a unique insight, or a new idea!”

To be eligible to enter the competition, entrants must be under 30 years old and from or resident in a Commonwealth country. Also, the film or photograph must be connected to the theme ‘Women as Agents of Change’, and up to 4 minutes in length.

Submissions can be made online before the deadline of 1st August 2011 at www.rcsregister.org/public/index/index

Alternatively, entrants can upload entries on YouTube (or a similar site), and email the link together with a completed entry form to competitions@thercs.org.

Postal entries can also be made by printing and completing the application form and sending it together with your entry, to the appropriate address.


More information, about the competition can be found on the RCS website: www.thercs.org/youth/competitions or email competitions@thercs.org or youth@thercs.org with any questions.
Get your cameras and your videocameras out and get click clicking away!!

TODAY WAS HIS DAY OF REST 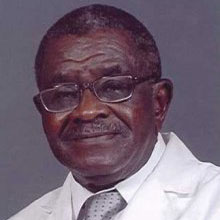 BREAKING NEWS: Professor Victor Anomah Ngu has died today in Cameroon. We are still to investigate the cause.

The medical career of Cameroonian doctor Victor Anomah Ngu spans over 55 years and three continents. His cancer research and therapeutic vaccine for use in HIV/AIDS treatment won him international acclaim. He was aslo a former Minister of Health in Cameroon.

- Past Vice-President for Africa of International Union against Cancer: 1966-1970;

Thank you for your contribution to the human race and may God receive you in his bosom.
Rest in perfect peace.

A FASHIONABLE OPPORTUNITY POPS UP IN BRICK LANE!

Hello readers!! We have been MIA again, sorry for that but alot is going on behind the scenes. Don't fret though we will never forget you all.

Anyway, here is a new fashion event which is about to pop up in London's fashionable Brick Lane. 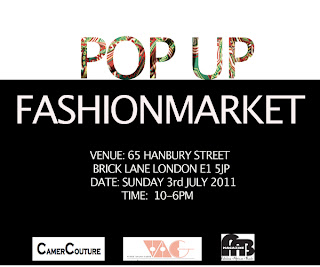 What is it: It is a trendy bazaar connecting emerging fashion designers and creative businesses with new markets. It will feature creations from fashion and accessories designers, artists and beauty product sellers.

Created by the critically acclaimed Events, PR and Marketing company Votre Avant Garde (VAG) in collabo with FAB magazine, the Pop Up market is an off-shoot from their annual CamerCouture Fashion Showcase.

Where is it: With thousands of regular visitors, Brick Lane is a pulsating fashion hub which bears a bright open-minded and multicultural stamp. There’s no better place to venture into new markets, test business ideas and reach marketing objectives.

For more info about the event, please contact Cynthia at votreavantgarde@gmail.com

Come, shop and just mingle!!
See you there!