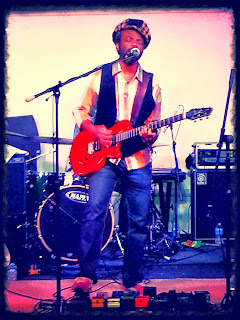 Afro jazz artist Muntu Valdo was in concert last Sunday in London. Find out more about it by clicking here

It seems every week there is a new audio or video release around the 237 music scene. This is great as it indeed shows the growing hunger from the budding artists to feed the hungry public with their talent.

On today's post, below are some of the new materials that caught our attention. Enjoy! 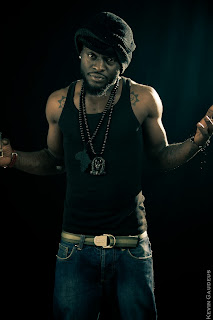 Former "The Lay Low Show" host cum entertainer/rapper - now Belgium based Nabil aka Nabstar is making a permanent comeback to music and is releasing a 3 part EP series which will depict 3 very diverse personalities. "Confirm" a Cameroon street lingua that has been moralised into a street anthem with a street video to match was released today online. The track is part of the first EP "My Tory 1.1" and is a freestyle combo filled with personal experiences and real life situations including friends lost. The video itself is a combination of show footages of past show Nabil has performed at across Europe with some Naija acts such as Davido.

Without further ado, watch the video below...!

Yesterday was a "Zangalewa" day as talented artist Emmanuel Ndinayi aka JayJay finally released the video to his long awaited catchy audio track which was released back in April. The video was scheduled for release last week but got postponed in the last minute however we dont mind because it was worth the wait. Directed by aMusic's Adah (also an artist), the video has the right quality and the girls too to get our male readers salivating!! Watch the video below... 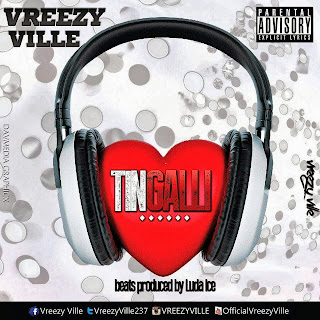 Yesterday was also the release date for another artist, Maryland based Vreezy Ville who released the catchy/poppy track "Tingalli".

Check it out below:

That's the end of our post today!
Stay tuned for more updates soonest :)

We are on a blogging roll and as promised today we wanna share with you all 3 audio releases that have caught our attention and which ought to be part of your playlist!

They say hip hop is a man's world but guess which female artist is about to stand tall and challenge this status quo? Well well, allow us to present you ultra feisty Buea based rapstress Ciana Bankz of No Hitz No Recordz Entertainment who released her debut single "Bangwa Sense" last August 4th. Wanna listen? Click below...

If you have not heard about the afro soul Montreal based Camer artist Veeby then you must have been lost in the Amazon forest for a long long while! Fresh from appearing on the Mboa Tape Vol 1 with a track entitled "I Don't Need Your Money", Veeby demonstrates the reason why we should take her seriously in this rising Camer music scene. The girl has got amazing talent, a diversity which is much needed in our industry. Check out her newly released "Hurt (Ndolo)" featuring another fab talent Charlotte Dipanda. Listen below...

To drop in a bit of diversity in our post, we are adding this track by 2 male artists. "Ngongong" another No Hitz No Recordz Entertainment track by Rythmz is a song that takes you back to the roots in every sense from the traditional instruments / gongs in the beats to the North Western dialect added to the lyrics. "Ngongong" is a love song like no other. Check it below...

Learn how to make a free Electronic Press Kit


And that concludes our audio post for today. We hope you love it like we have! Please let's support our own. See you soon!

Helloooooo fellow DC lovers and readers, it has been a while since we dropped a post apologies for it has been hectic on our side.

So today we are going to make up for the time lost and bring you 3 cool videos currently circulating the music scene. We hope you love them like we do...!

Tight beats, ghetto lyrics; self confessed Kwata Boy aka Spido is true to his kwata-ness and his allegiance to his Mabanda hood in downtown Douala with this track Kotopi Na Bush Meat with a video to match shot by Regis Talla a renowned name within music direction in Cameroon. Check it out below...

We have been patiently waiting for the Ebangha video to drop since the release of the audio last year and finally the wait is over as last week, Steveslil - the sultry, sublime afro pop Nguti boy released the go happy party feel love story video shot by Adrenaline Studios. Despite some slight setbacks during filming, the final product is doing very well. See it below...

This last video totally caught our attention when it was circulated on Facebook by the director Adah of AMusic. The beats, the flow, the language melange and the artistic direction and imagery is very good. Check out Haus Boy by E.L.I & C'Prime ft Beezy B below...

That concludes our post today. We hope you sure enjoyed the tracks/videos. See you tomorrow where we will share with you some new released audio tracks we love.