MUSEBA ON THE PSQUARE TIP!

The reigning queen of Camer Afropop Museba is not doing things in half. After bringing out a much talked about video for her hit track Bom Bom Bom, the singer has been seen jetsetting around Africa hanging out with some bigwits in the industry.

She was seen chilling in the club with Kim Kardashian during her trip to Abidjan, more here and today on Paul Okoye's Facebook page, a picture was uploaded showing the diva chilling with the twin boys in Naija.

See the picture below... 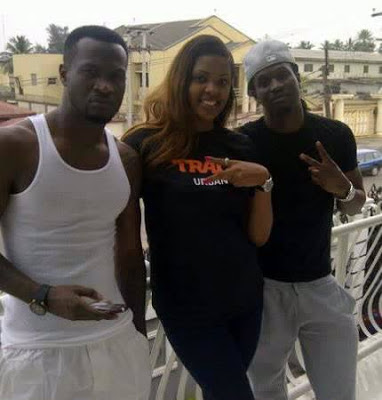 FROM ANTWERP TO AMSTERDAM WITH LOVE FROM NABSTAR AKA NABIL & DAVIDO 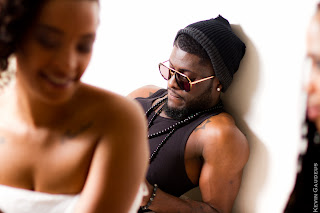 As I write, the Urban Africa show should be kicking off at the exclusive Noxx venue in Antwerp where Nigerian superstar Davido will be sharing the stage with our very own Camer brother Nabstar aka Nabil.

The show marks the second leg of Gobe maestro's European/Schengen Tour which has also seen him perform in Vienna, Austria a few days ago.

On the tour list, next stop is the equally lush DNA club in Amsterdam, Holland where tomorrow Saturday June 15, Davido and Nabstar will be serenading the Dutch crowd with a hair raising and roof blazing performance.

Don't miss it if you are in Amsterdam! 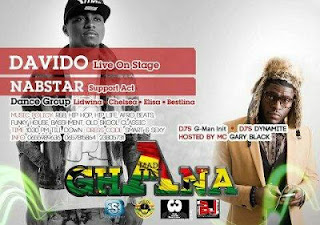 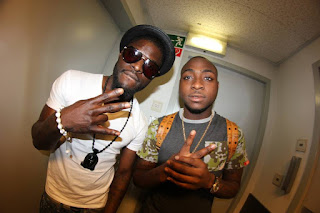 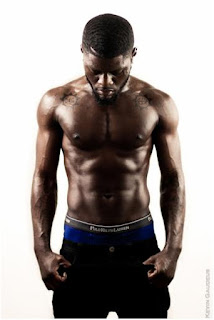 There seem to be a boom of young Cameroon entrepreneurs who are neither unafraid to put their talent to test nor grow their passion on the world stage. Two of such young riders are the founders of a very cool and creative brand known as Frenchkind. 'Frenchkind’ is a lifestyle brand known for combining videography, photography, artist management and a clothing line. The brand is based from Arizona and was founded by Rostand Mvie and Simon Mounkam in 2011. 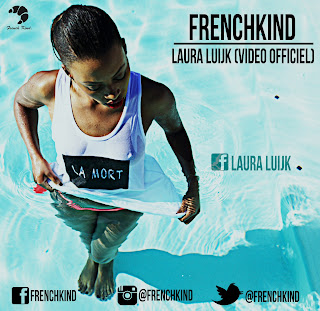 The brand has just released its latest visual; a 2 minutes promo video dubbed 'Frenchkind: Laura Luijk'. The video instantly grabs the viewers' attention as it portrays a beautiful African model playfully enjoying a sunny day, sipping wine, dancing to fine music and swimming in an exquisite mansion setting while wearing the brand’s t-shirt, tank top and snapback in a way that most women wouldn’t think of.

The model truly personifies the brand’s lifestyle as she playfully takes the audience's breath away with a melange of being happy and flirty but also very classy. She’s seen to be free, different and comfortable in herself, a representation of the brand’s slogan of "Be Free. Be Different. Be Yourself".

The concept of this video was created and compiled in a manner that demonstrates the creative and innovative side of this lifestyle brand. The video is not only created for marketing purposes only but also to broaden its clientele by targeting companies and or individuals such as models, artists interested in creating such quality videos.

A few weeks ago we informed you about the Project New Bamenda initiative. If you missed the post, feel free to read it by clicking here. Project New Bamenda is a process of developing the economic atmosphere in the North West Region of Cameroon through its business and entertainment potential.

On Sunday May 19th, the initiative was finally launched at the Bamenda Congress Hall attended by numerous guests and personalities from Bamenda and beyond.

Together, they spent the night celebrating the beginning of a new era in Bamenda with a glamourous red carpet, a colourful fashion show by designers such as Florentino Designs, Afroshic Clothing, Aju B and KibonenNY, a cheered Milestones Awards that recognised the achievements of entrepreneurs of the North West Region and the launching of the first ever business directory; the Big Yellow Pages culminated by performances from various artists.

The initiative and launch has been well received so far and many other activities and events are being planned that will be implemented throughout the year.

Below are some images of the launch... 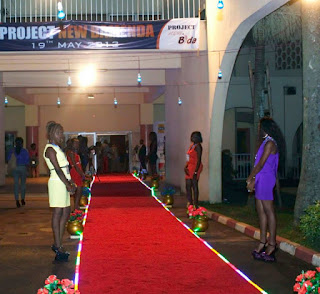 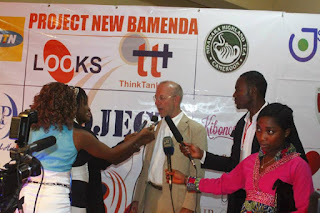 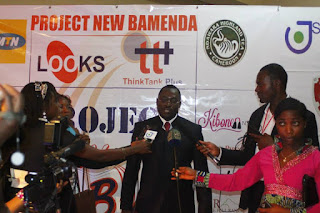 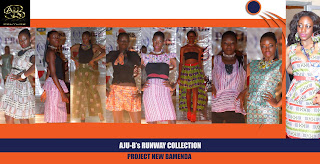 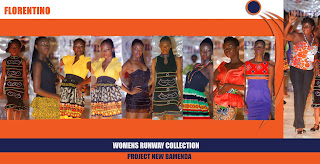 Mboa Urban Music; a newly created online portal for the promotion and distribution of Cameroon urban music launched last week. As its objective, it aims to be the platform that permits Cameroonians and those lovers of Cameroonian music around the world to discover, listen, share, download and talk about the rising urban music scene. 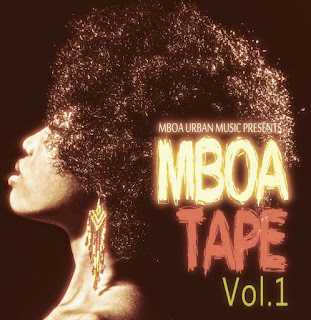 WOMEN A FILM BY GORETTI

Hallo blog world! We hope y'all have had or are having a wonderful weekend wherever in the world you are reading from. We have quite a few things to report to you but will do so in bits throughout the coming week.

First off, we all know that there are a number of young Camer women who are enormously talented and creative and one of such demonstrating her skills in the acting world is Goretti Etchu-Egbe. She is certainly not a newcomer on the scene and is currently working on a new film entitled "Women" which is being shot in London.

Below are a few released images of the behind the scenes and until the film synopsis is released, please enjoy the work!! 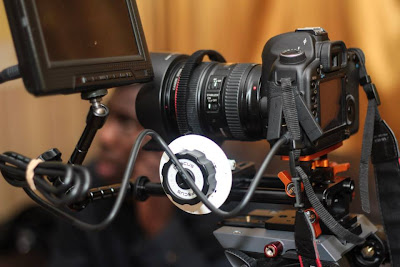 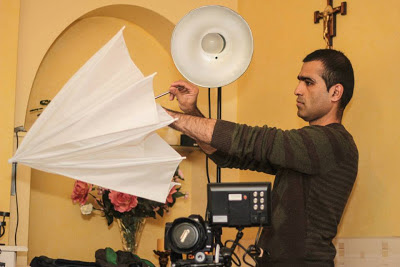 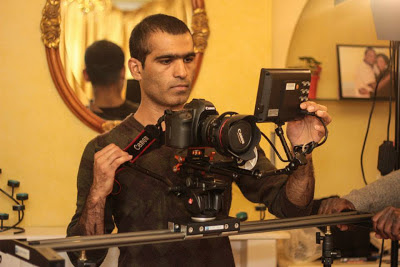 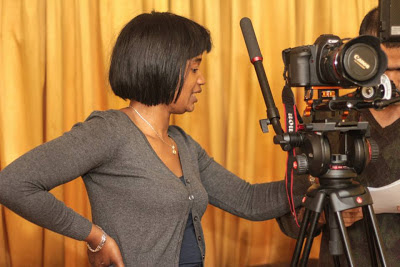 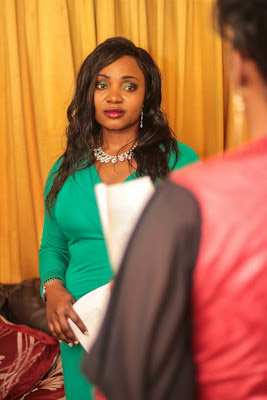 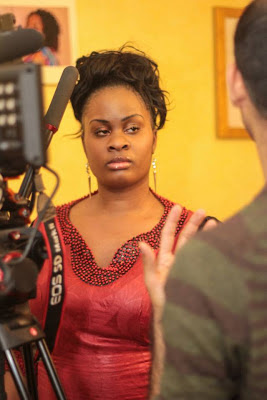 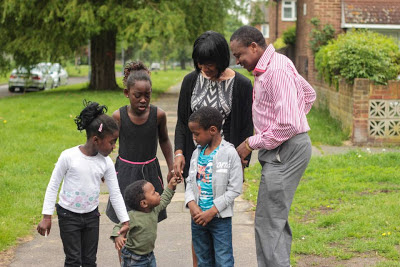 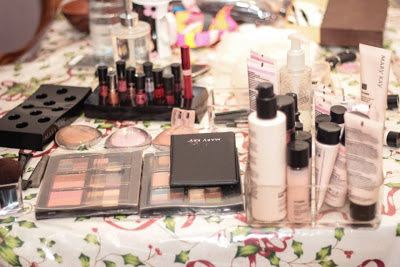 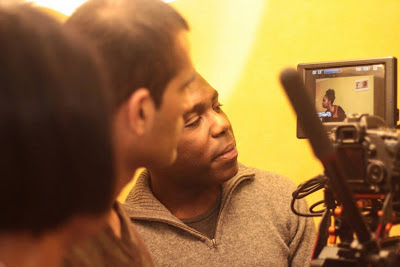 So that's it folks! A sista doing her own thang. We cant wait to see the full film.

Buea based Black Triangle aka BTR label is relaunching itself after a bout of silence with a new weekly or fortnightly platform termed "Black Friday". This platform will see the release of key single tracks on Fridays for our listening and dancing pleasure. 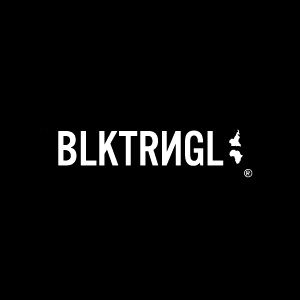 The label is using this platform as a marketing and promotion tool to enable the label and its artists to create "buzz" right up to when their debut album tracks and videos are released.

As one of the players in the already burgeoning music scene, BTR see a need to keep the introduction with their public going with Ojonery clearly stating "We want Cameroonians to understand our music philosophy and feel at home with us before we greet them with the album"

Today, the first track to kick off this promo platform is entitled "Titulaire" featuring Ace, Arré and Ojonery; artists we heard on the killer Dami Duro remix "Je Te Ya Mo" and Zemenkie. 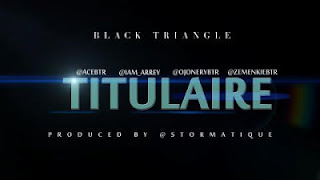