DAIRY OF A HAPPY WOMAN; THE COLLECTION BY AFROSHIC CLOTHING

Hello blog world, hope you are all well. To all our readers on the East Coast, keep safe please as Sandy's fierceness continues.

Today we are talking fashion as we divulge the new SS13 collection of Buea based emerging label Afroschic Clothing.

The brand was founded by fashion lover Reneta Ndisang and its core message is promoting the Sexy, Sassy and the Sensational woman. The label caters for women of all shapes and sizes.

According to Reneta, the new Spring Summer 2013 collection dubbed "The Diary of a Happy Woman" is about the strength and energy a woman in the society has. The colours symbolises faith, hope, love and happiness.

Her inspiration for the collection came from the women in her family as well as her surroundings. Fabrics in the collection include silk, chiifon, taffeta, Ankara and cotton etc

Check out some images below. 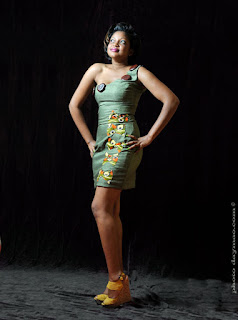 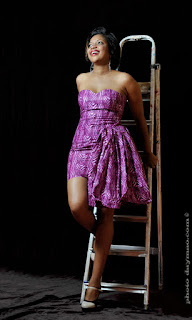 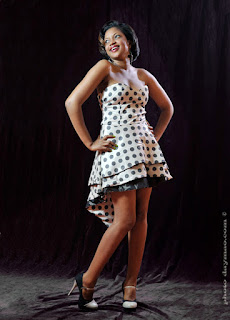 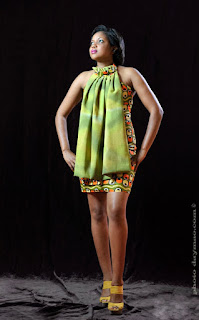 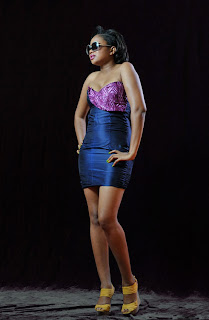 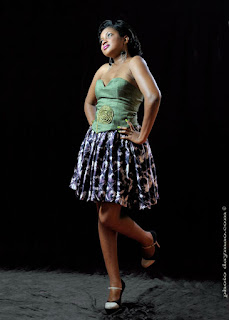 It's Friday and Dulce Camer only wants to make you sway because the party starts right here!!

Yes that's right! In true style to our Friday practise, here is a little something just for you albeit mellow but this should get your karaoke thang going ready for the wild party sessions ahead!

Ohh weeee!! We have the best intentions at hear *wink*

So here we go with the track "Go" by our Montreal based sister Veeby aka Vanessa Kanga a muna Sawa!! Girl has got tchuunes running through her veins!!!

Yo yo yo DC readers!! What's happening?!

We are already on that Friday feeling and that is why we would like to get you too in the mood by bringing you our usual menu for Friday - a music track to get your body pumping for the weekend ahead!!!

Today, our artist is new here on DC. We have never featured him before but he is a big rap artist in Cameroon and from the look of his video Kastra is not afraid to get down and dirty!!

A porsche driving rap star...you know that's mad swag!! Big up to Kastra and here is the new video to the track "Cote dans les halls" shot by the main man with a telescopic eye, Mr February 16th. The hottest director right now in Cameroon.


Have a fab weekend guys and girls!!
Join me on Twitter: @Brownschuga

It is always great to see Cameroonians doing things and succeeding and even greater when they are based outside of Cameroon. It is never easy to settle in a foreign country and be accepted for who you are and what you can bring to the table. 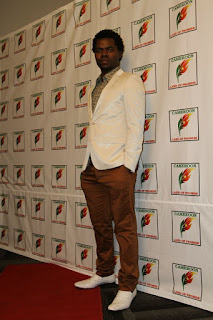 Meet our fellow brother, Solomon Wan-Atah based in Cape Town and Johannesburg, South Africa. He is currently working as the production manager on a DIY (Do It Yourself) show which is gaining massive popularity in South Africa called Jack Up Your Shack or JUYS.

The show features 2 families per episode competing against each other to win the chance to renovate their homes. However, the catch is they must satisfy the 2 judges Thuli Mahlangu and Timm Vellem to win.

The winner in each episode stands a chance of winning the ultimate show prize of R200,000 worth of building materials from the main sponsor of the show; Build It, a building material franchise.

The show is a 13 episode show filmed in South Africa and Namibia available on TV from 22 September 2012 to 31 December 2012 directed by Lee Doig and produced by Matthew Gray.

The show is aired on e.TV, a free channel in South Africa from 1pm every Saturday and is hosted by Desmond Dube.

Episode 12 will profile all the 11 finalists and episode 13 will feature the announcement of the grand prize winner so stay tuned and keep it locked on e.TV for those of you in South Africa.

Check out some images from the show below 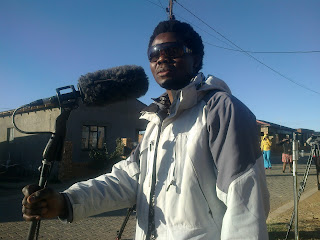 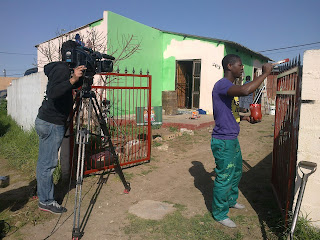 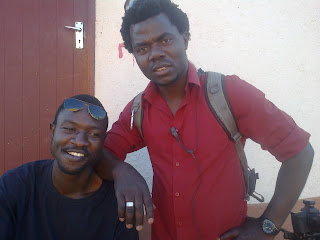 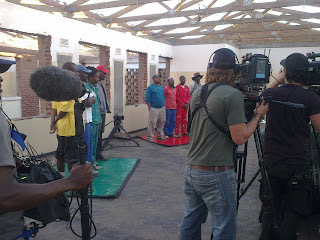 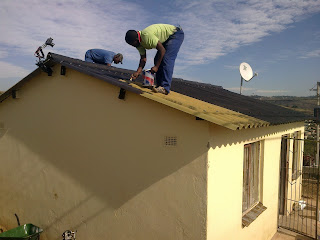 Helloooooo to all my peeps on the blogosphere, how are you doing? Well as you know, today is Friday and yes if you didn't know the weekend is about to kick off! Yippeeee!

Like we usually do here on DC, we aim to be the weekend party starter. Providing you with tracks each Friday to get you right in the mood for a banging weekend!! Yes, thank us later!!

So without further ado, here is our track of the day by this RnB maestro with a psychedelic 80's inspired video which is in our opinion "trop cool!!!". Wehkiee, on ne donne pas le lait hein!
Here below is Duc-Z and "Je ne donne pas le lait". Enjoy peeps!!

Dami Duro was a monster hit for young Naija talent Davido but now it has been given a Camer twist by the young artists at Buea based record label; Black Triangle.

The full version of the song produced by Simo Jandie officially drops on YouTube on Wednesday October 10th but however here is a 30 second snippet to wet our appetite.

As the Friday is slowly coming to party mode; that is if you are in the UK, Europe or Africa, you know DC is the place where the party begins!

As part of our Friday tradition, we kick off this day with a track/video to get y'all party lovers started!!

So today, we bring you the recent released track by Cameroon's Buea based Afropop RnB artist by the name of Steveslil. With is slow sensual vocals and catchy RnB pop tracks, this guy is definitely an artist to watch in the rising Camer music industry.

Without further ado, here below is the track "Ebangha" by Steveslil feat Z-lex, a track that celebrates the Bayangi women from the Manyu division and you know we love that very much here at DC. Touches us very close to our heart!!

Hellooooo! Just a quick news flash for y'all!!

From this Friday 5th October at 10pm, catch the not to be missed music show on VoxAfrica TV in the UK presented by none other than the VP/A&R at Konvict/BuVision; T'mah aka Fotemah Mba!

Where else will we get to see Wizkid on his bed lol?! So we are expecting to see the backstage of the backstage in the lives of these music artists featured!!

Chec out the teaser here