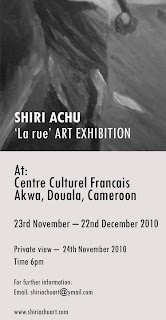 There are no bounds to Shiri Achu's talents. Since fully embarking on her painting career with her first well received exhibition in London in April 2009 she has not looked back ever since.

She has gone from strength to strength and last week, for the first time she had her first exhibition in Douala, Cameroon.

After a lot of hard work which included preparing the exhibition, doing up to 12 paintings and working full time,the event was a tremendous success!

Below is a short interview that Shiri gave to DC.

DC: Why did you want to do an exhibition in Cameroon?


SA: Cameroon is home and an inspiration to many of my paintings so what better place to showcase my work!!
DC: What was your expectation before the exhibition?
SA: I really didn’t think it would be as well received as it was, because a lot of my paintings depict Cameroonians going about their daily activities and I thought people would say that they see that everyday so why appreciate it in art form? I was very wrong!! It was really well appreciated; notably the sentiment of them!
DC: And after?
SA: I thank God that the exhibition was a huge success. I had sales, a commission and much interest from all who attended including the press. I was asked to attend a conference the day after where over 12 journalists sat around a table analysing and asking me questions about my work. The event has been on TV and on several radio shows and I was humbled when I was told that one commentator said more Cameroonians should follow my footsteps and paint!! Especially the ladies... I am honoured to be considered a role model.
DC: Would you be doing another show in Cameroon again?
SA: YES! I would love to have another exhibition in Cameroon but not immediately, maybe in about 2-3 years.... but you never know.
Below are some pictures from her press conference and from the exhibition. 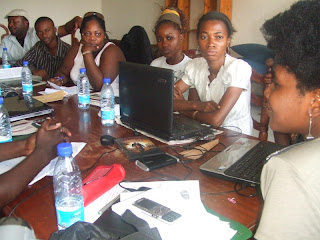 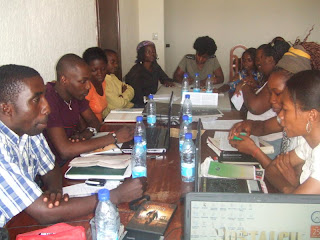 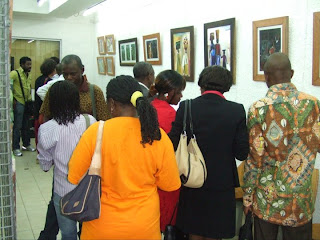 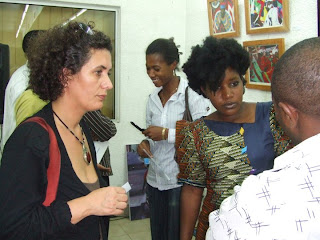 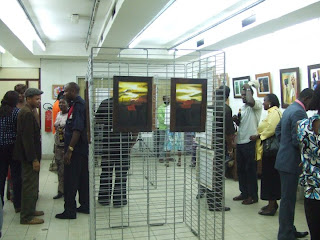 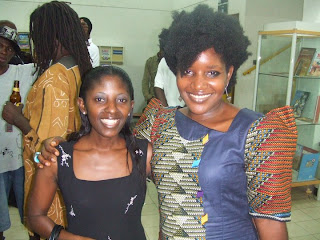 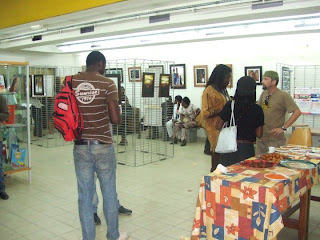 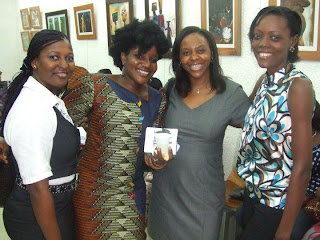 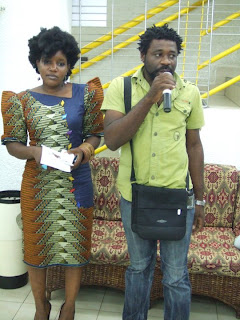 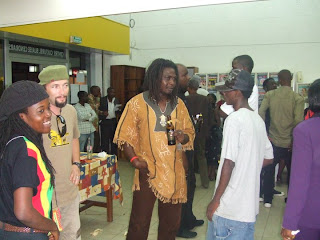 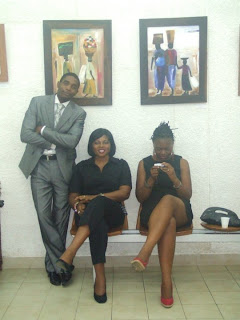 If you are in Douala, go check out the exhibition which is at the Centre Culturel Francais in Akwa till December 22nd.