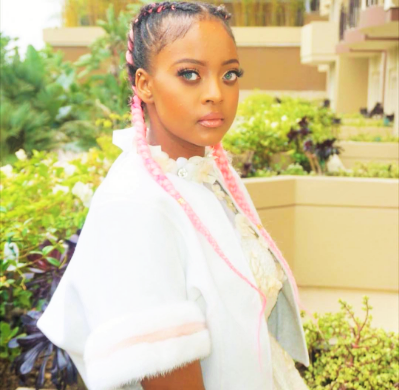 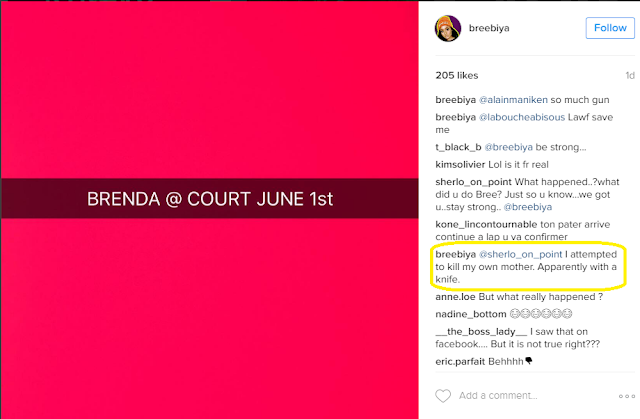 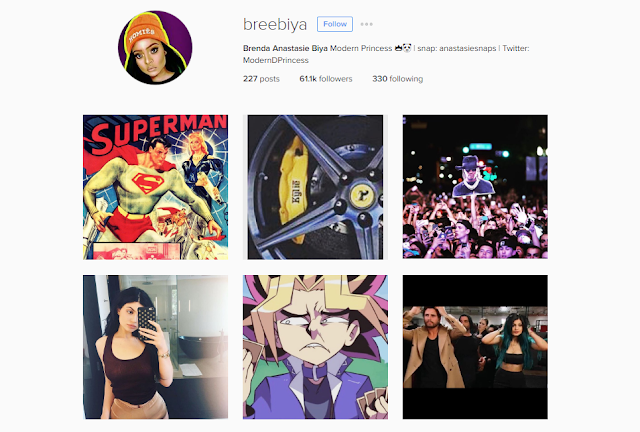 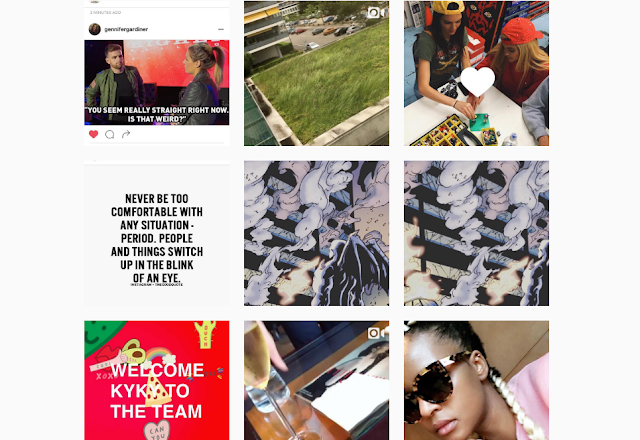 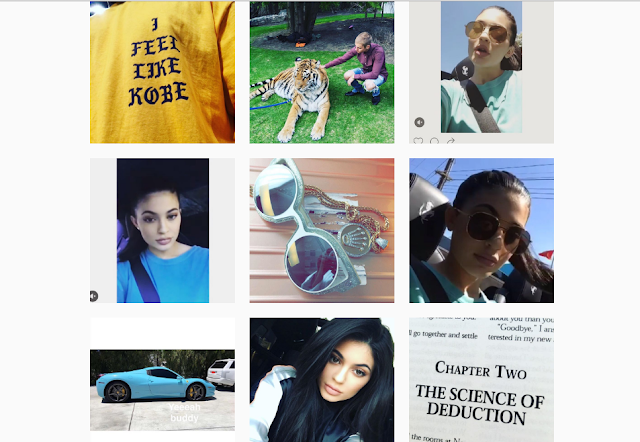 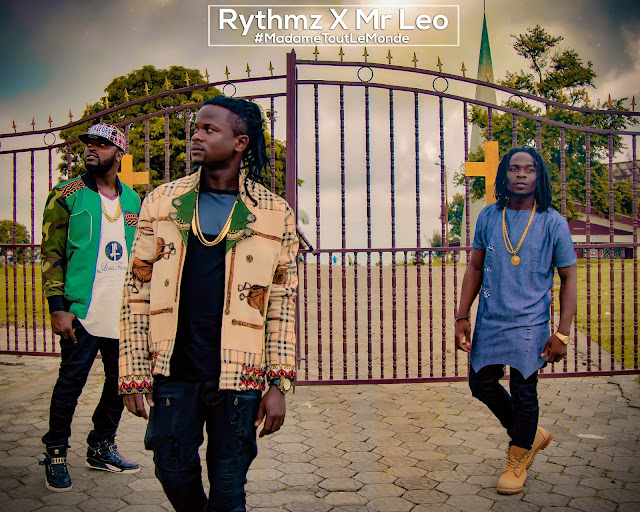 Cameroonian music duo Rythmz have teamed up with the voice of the season Mr Leo to introduce to the world their song entitled “Madame Tout Le Monde” under No Hitz No Recordz and XM Music.

With sensational hits like “Me & You” and “On Va Gerer”, Rythmz and Mr Leo are two young Anglophone music icons who are coming together to break musical borders with this new song.

“Madame Tout Le Monde” is a song about a love that accepts a person as beautifully flawed no matter what goes wrong. It also celebrates the beauty of the African woman. Media tour begins immediately after the release. 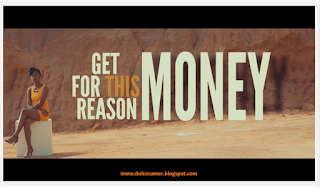 The visuals to Tino Foy’s debut song Genes (which we covered here) has been finally released shot by Mr Adrenaline in collaboration with Tino himself.

The location of the video is very extraordinary, and the concept is so original and unique and we love it! Watch it here below...

NATHALIE KOAH MAKES A BIG ANNOUNCEMENT ABOUT HER BABY... 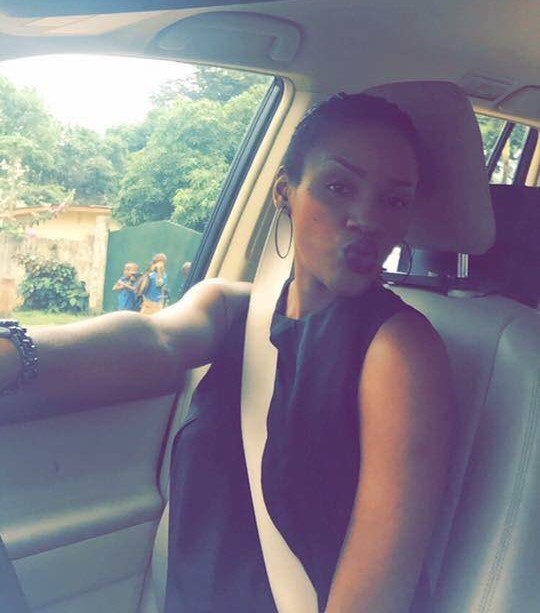 Nathalie Koah has been keeping a low profile lately and it all has been for a great reason. The socialite took to her Facebook page back on the 6th of April to subtly post about her new adventure and her fans who knew quickly concluded that she was expecting. We however had clocked that she might be pregnant back in March, check our post here. 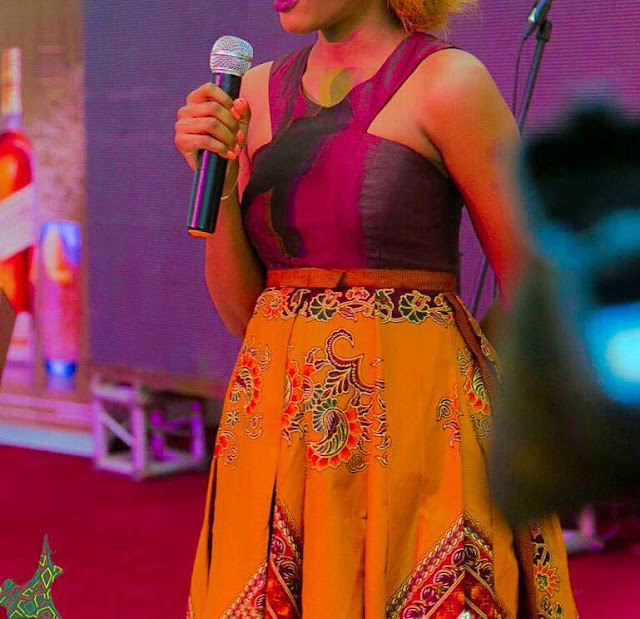 She has been trying her best to keep her fanbase informed about her life these past weeks though suffering from the effects of pregnancy. This evening she finally revealed the sex of her baby and yes we are all looking forward to seeing her mini me. Here is what she posted… 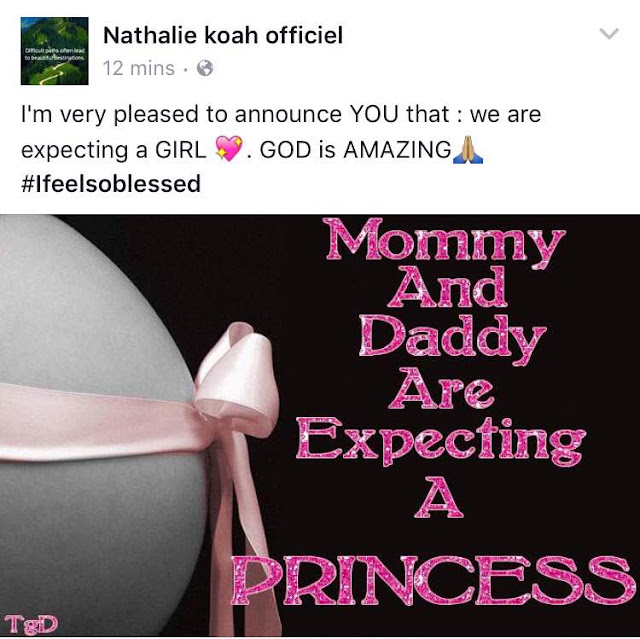 Mother and father seem to be over the moon but one question still hangs above the clouds…who is the daddy?! 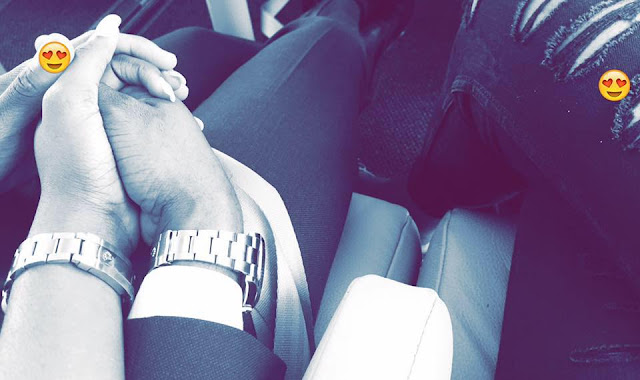 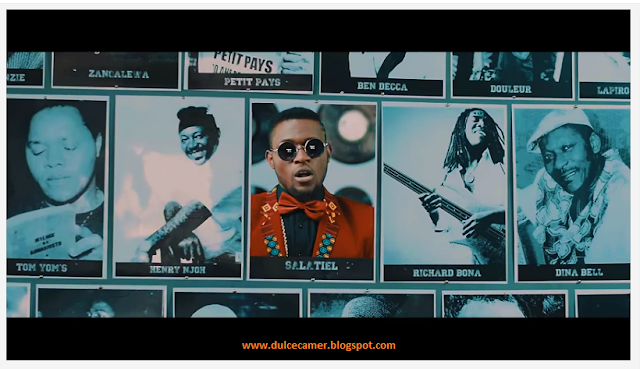 The Fap Kolo crooner Salatiel of Alpha Better Records hascome again with another melodious something for our ears. This one titled ''Ça Se Passe Ici" is bound to generate a nostalgic feeling in the hearts of all the 70s, 80s and 90s babies since it is a mix of some of the greatest Cameroonian old school hits and we believe this should be adopted as the tune to front the National Day celebrations across Cameroon and the Diaspora today. Why you ask? Here are our reasons:- 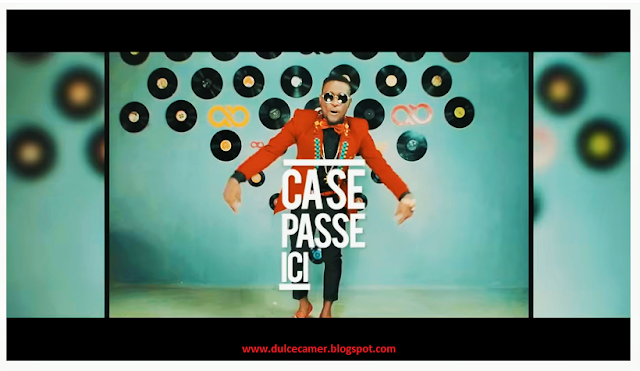 Video director Nkeng Stephens has slowly but surely come of age with his editing and directing skills. He did justice to the tune with great visuals and a contagious choreography by the 21C Dance Crew.  We can also coller and enjailler this day so watch it below and enjoy!

We wish you all a very wonderful 20th May!! 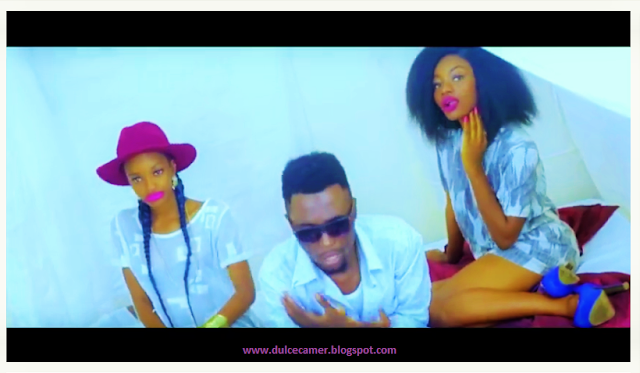 Dreamzline Entertainment presents Bala 2K, an upcoming Cameroonian afro-pop artist with his maiden video and it is titled; 'Kiss U.'

The video focuses on a show of love with catchy dance moves and a bit of comedy. Watch it below… 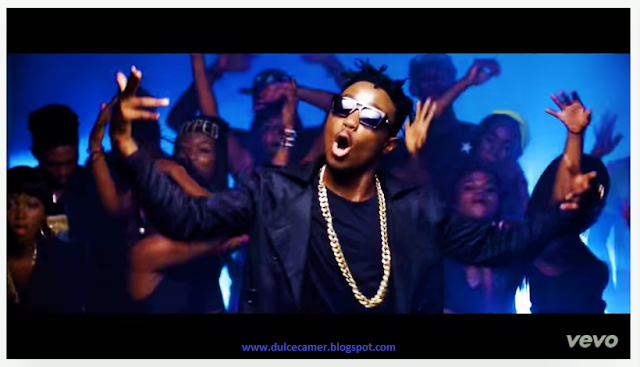 Inspi is a Cameroonian singer, composer, choreographer and native of the North West Region of Cameroon. His debut song Ngombele produced by Dijay Karl and directed by NS Pictures, is a harmonious blend of afro pop and folkloric melody that will keep you dancing all day.

Ngombele is already sending waves beyond the national frontiers with a steadily growing online presence, it is receiving appraisal from all over Cameroon and beyond. 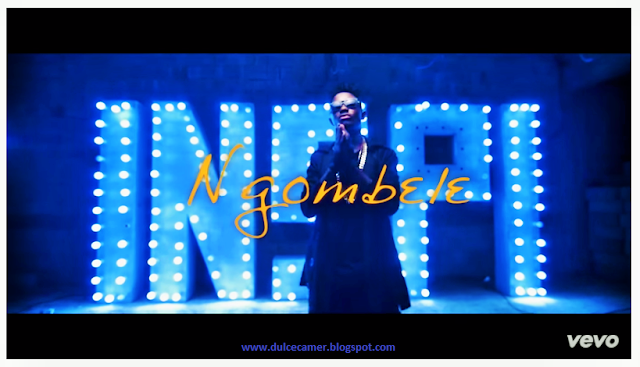 This is just the beginning of beautiful music as Inspi promises that his fans won’t get anything short of amazing, incredible and beautiful music. Watch it below...

LAUGHTER WITH THE REAL GIRLFRIENDS OF MOLYKO COMEDY SKIT BY MC CALVINO... 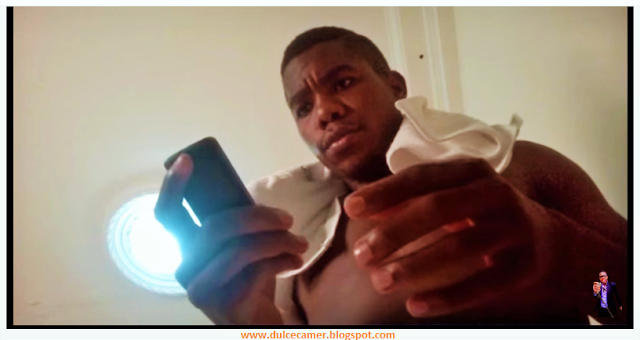 MC Calvino started off in Kumba as a TV/radio presenter and show host with Hope Sound Entertainment Company. He later moved to Buea where he started making videos and posting them on the internet which earned him some attention from the Cameroonian population in the Diaspora. This did not only draw his attention but inspired him to become the comedian he is today.

His videos being very comic caused many people to contact him for more. With his slogan Idilaf which can be translated as I'm laughing which is not a plain laughter but a satirical and a mockery laughter which pinches the bones of his victims. 237 Comedy, MC Calvino's first audio comedy skit was released in August 2015 which expanded his fan base to over 11,000 followers on Facebook and since then MC Calvino has released quite a good number of works.

MC Calvino’s style is quite unique, in that the audience becomes very relaxed the moment he takes on the mic.  His warm delivery puts the audience in the palm of his hand, and the laughter just flows.  By bringing his everyday observations to light, you’ll feel as though you have known him your whole life.This exceptionally natural approach to Comedy leaves the audience sore from laughing out at their own misfortunes.

Watch his latest comedy comedy skit below about the girlfriends in Molyko, Buea.

HOW TO INTEGRATE CULTURES THROUGH MUSIC IN AFRICA, YOU NEED TO WATCH! 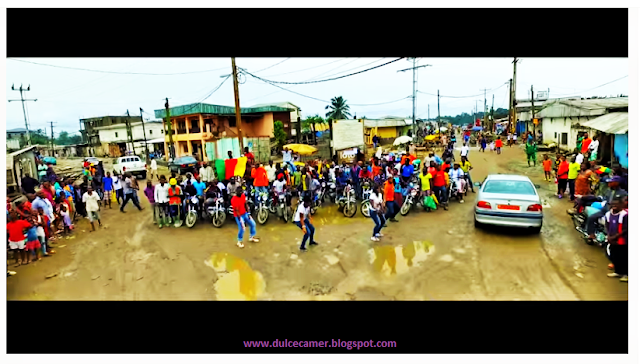 “Nga Yan” which translates as “We Live Together” is a song with a unifying message and a collaboration between the Moroccan rapper H-Name and Cameroon’s Stanley Enow. 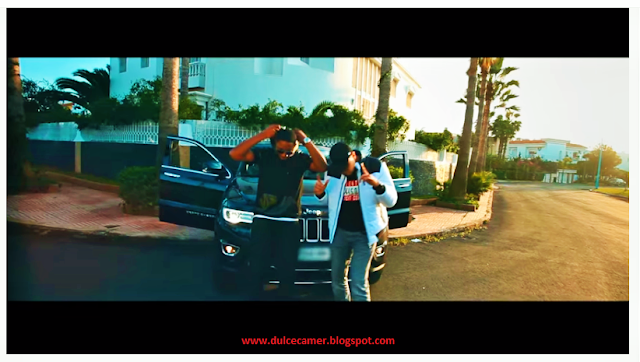 The song which was part shot in Casablanca and Douala is to promote diversity and to integrate North Africa and Sub Saharan Africa. It was composed and arranged by Badr Makhlouki. 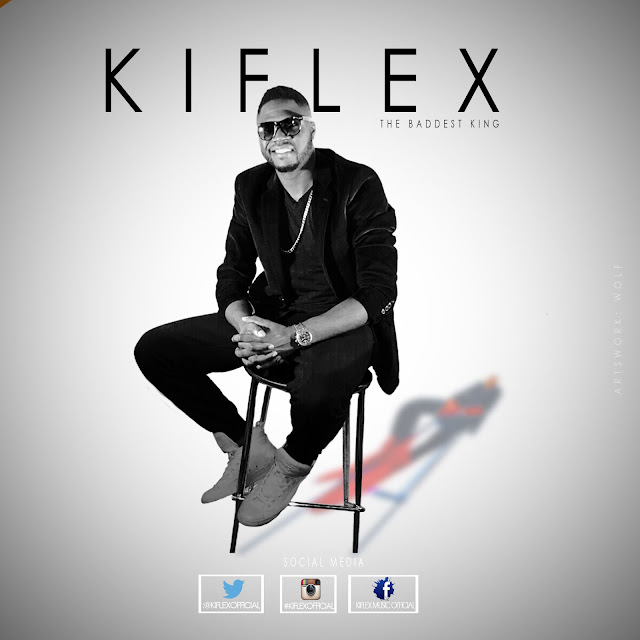 WHAT TO DO WHEN YOUR ENEMIES HAVE EYES ON YOU? ALE MYZ TELLS YOU...

In December 2015, Ale Myz and her production house “The Gaëlo Outcome” released her first official single titled “Fire” which we covered on a post here.

Because of its unique and catchy tune, good lyrics and high quality audio “Fire” the first single from her upcoming EP which will be released in about a month was well received by the public and fans. "Fire" is being aired on multiple online and terrestrial radio stations and more DJs are getting the song into their playlists and are ready to keep jamming to the song.

The visuals for “Fire” plays on the unique aspect of the record. The images display a visual representation of the song’s lyrics “may fire consume the evil ones who try to stand in her path to success/greatness.” The video was shot in the USA; it was directed and edited by USA based Cameroonian video director “MT. Muna.”

THROWBACK WITH BRYMO ON THE LAST SEASON OF THE KRYSTN ENEM SHOW... 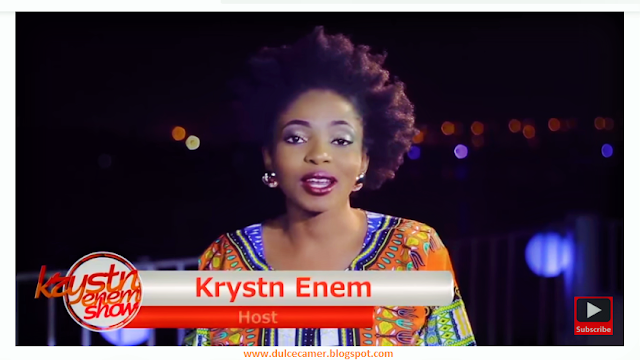 While she is preparing another season of her hit show, here is a throwback of music artist Brymo on Season 2 of the Krystn Enem Show.

Keep up with past episodes on Africa Magic and on their Youtube channel.