TSN documents the opinions about the authenticity of the African narrative in Nollywood films; a fast growing African film industry thought to be losing itself to the Western culture. 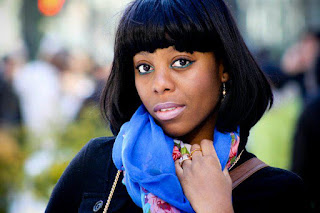 
Inspired by the great conversations and writings of prominent works like Chimamanda’s “Danger of a Single Story”, Wainaina’s “How To Write About Africa”, and Achebe’s “An Image of Africa”, Ms Atanga notes “I became more aware of a magnificent transitionary phase of African storytelling, from a biographical to an autobiographical state. Affordable film technology has enabled Africans to now write their own stories and broadcast it to the entire world through one of the most pervasive mediums - film. So people naturally expect that stories from Africans by Africans make up a definitive and true African story” 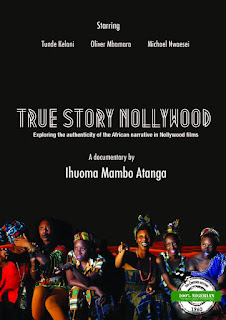 True Story Nollywood examines the educated opinions, gossip, lies and truths behind the evolution and authenticity of Nollywood stories from the perspective of industry connoisseurs, Michael Nwaesi, Oliver Mbamara, Tunde Kelani, and a host of Nollywood film enthusiasts.


The viewer is sure to go through an array of mixed emotions as varying opinions are categorically spewed for the audience to critically ingest.

The TSN production team is an all female group consisting of co-producer Tarisai Gombe and cinematographer Olubusola Ajayi.

The below fifteen-minute documentary serves as a teaser and introduction to a much larger project due to be announced in the Autumn of 2013.

True Story Nollywood: The Trailer from TSN on Vimeo.

Tickets cost $9 only and are available here.

That's it folks! Please go and check this out if you are in NY.
Follow us on Twitter: @Brownschuga

At the event was our very own hot diva and star of "Bom Bom Bom" track; Museba who was also scheduled to perform at Kimmy's soirée which included star player Didier Drogba.

Check out the pic of the 2 girls hanging out below. 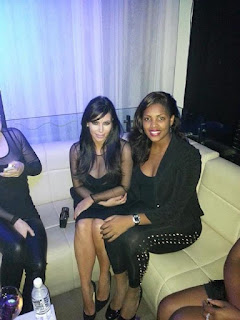 Have you not seen the "Bom Bom Bom" track yet? See the video below... 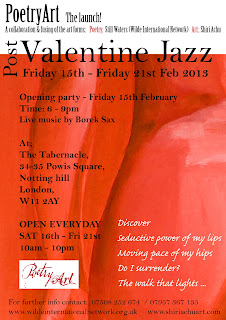 Presenting something different and unexpected from our very own talented sister; Shiri Achu. She joins forces to create a unique collaboration and fusion of the Art forms; Poetry by Still Waters (Wilde International Network) and Art by Shiri.

For one week only, the gallery at the Tabernacle in London's Nottinghill launches and exhibits PoetryArt! This post Valentine event is a must attend expecially for all those who appreciate art.

Discover the seductive power of my lips, moving pace of my hips, do I surrender? The walk that lights...

Catch more of this at the launch event on Friday 15th February from 6-9pm and there'll be live music by Borek Sax. From Saturday 16th February to Friday 21st, 10am-10pm. 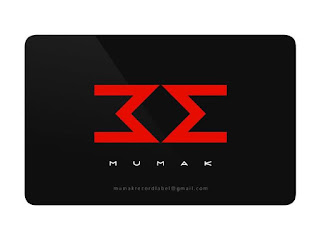 We are very saddened to report that raving rap star JOVI who is currently the most talked about rap artist in Cameroon has moved on from his partnership with award winning MuMaK record label which he created together with his manager and long time friends Jules Nya and Rachel Applewhite.

The artist and music producer under his sobriquet of ‘‘Le Monstre’’ has started his own independent record label called New Bell Music which will going forward represent him and rising gospel sensation Renise and Rachel Applewhite.

“This decision does not affect our relationship as friends and professionals. It is merely a mutual and consensual understanding for the sake of structural convenience. We will still continue working together in future endeavours” states Jules. “We would also like to thank our fans for supporting us throughout and also reassure them that all is well” he added.

We are very very sad about this but we wish them well and hope they'll both go onto higher platforms.

Happy Sunday to all our readers. For those in the US, happy Superbowl! We hope that Queen Bee is electrifying.

So we are continuing with our TalentList video post and today we would like to present you a fashion and design talent and product creator Jules Wokam.  He manages his fashion brand Too'Maii based in Douala as well as creates bespoke furniture and lends his eye and talent to interior designing.

Find out more below...

Hey DC readers if you are in Belgium around Valentine's Day, the place to be is Nabstar's (aka Nabil IV Real) listening and presentation party for his highly anticipated debut album "My Survivor Tory 1.1" under his record label 3rd World Survivor.

All details as per below... 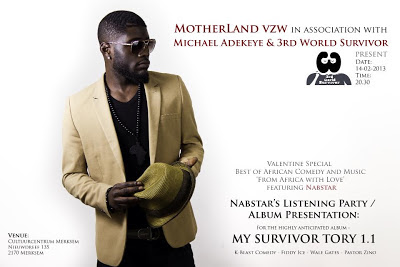