KELLY AZIA SHINES AT A DIFFERENT KIND OF MEN PREMIERE

It's been a long time coming and boy do we know that for we have been keeping our eye out watching and waiting to see which of our upcoming actors and actresses will take their appearance that one step further and shine especially at a film premiere.

Well, guess what?! The wait seems to be over as last weekend in Limbe, the public witnessed the film premiere of 'A Different Kind Of Men'. The premiere was a red carpet affair that saw one of its actresses in the film - upcoming actress Kelly Azia completely stealing the show in a pink slinky backless dress with detailing made just for her by the Buea based fashion label Afroshic Clothing owned by the young entrepreneur Reneta Ndisang.

Her styling - makeup (though it was slightly much) and her hair was very much on point. Her pose was elegant, her dress choice was well suited and her attitude was 'star-ish' and very diva!! This is what we like to see! All in all, a 9 out of 10 look in our opinion.

Entertainment on the night was by the notorious 'Hein Père' rapper; Stanley Enow and Mr Fix It. 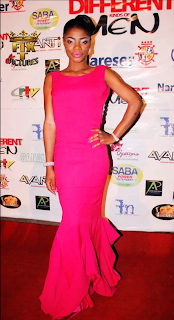 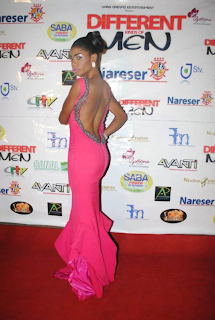 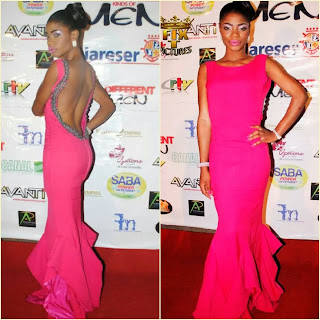 What do y'all think?!