Samuel Fosso was born in 1962 in Kumba to a Cameroonian Father and a Nigerian Mother.
He started taking self-portraits using up exposures on his films - to send to his mother in Nigeria, whom he had left behind as a refugee fleeing the Biafran war in the late 1960s. Although his initial aim was to show he was alive and well, his interest in exploring the genre grew steadily, and he experimented with new techniques and poses.

He is one of Africa's most renowned and prodigious photographers and his photographs are shown all over Europe and America, from the Guggenheim in New York to galleries in Barcelona, Paris and Amsterdam. His art is self-portraiture - appearing as a Martial - Arts Maestro, an African chief and a Japanese Marine etc

In 1994, a chance discovery by a French talent scout brought Fosso's work to a wider audience and into the limelight of international critical attention. His local community though remains unaware of his success, a situation he is keen to maintain. He is happy to keep his costumes out of sight and continue his passport and portrait photography business. His neighbours assume he travels to Europe to take wedding photos.
He continues to live in Bangui, Central African Republic with his wife and children and exhibits internationally.
For more on his work, go here: http://www.samuelfosso.com/ 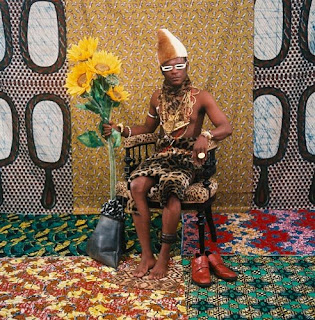 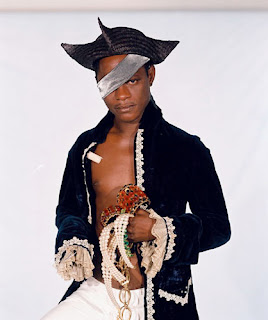 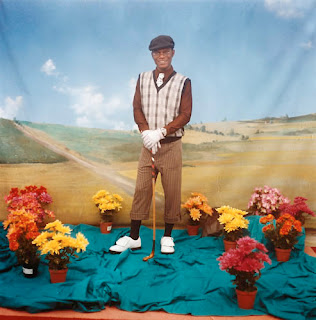 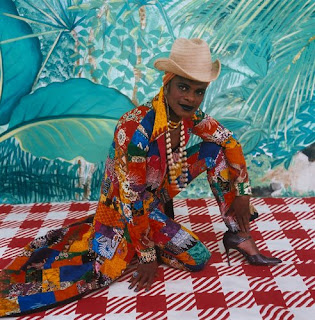 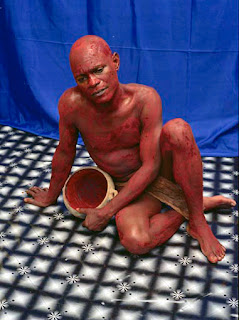 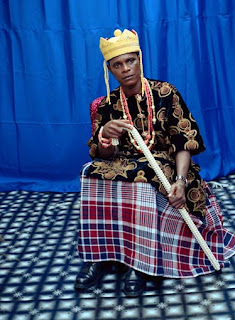 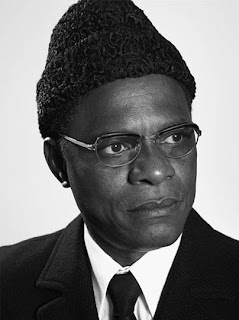 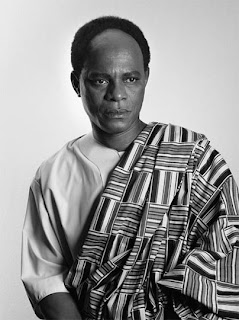 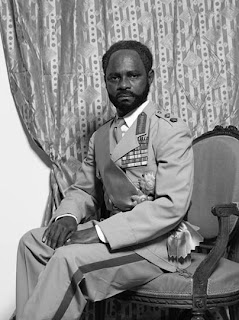 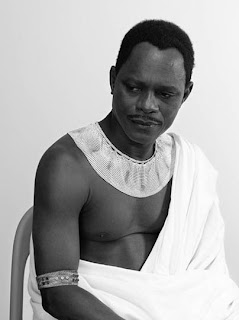 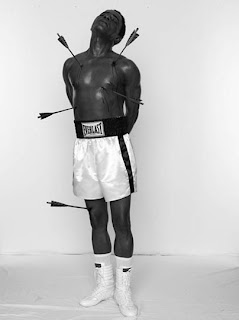 well, dulce don expose he secret lol. this guys is great! i like the pic with the ladies shoes.

Oh My GOD! This man is a genius!!!! One of the best kept secrets ever!