SIX LATEST MUSIC VIDEOS FROM CAMEROON YOU MUST WATCH NOW! 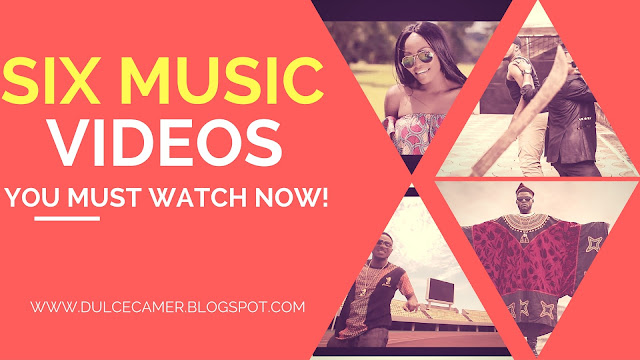 Hello everyone, so much is going on within our entertainment industry that makes catching up on blog stories one has to be on an athlete’s speed…pheew! We do not write stories that often however, we continuously share content on our Facebook Page so ensure you follow our page to keep up with us!

There is a definite boom in quality music releases and visuals and here we are presenting you with a list of our MUST WATCH 6 videos released in the last month. Sit back, kick off your shoes and relax with us as we take you through in no particular order…

1. Nabil4real ft DJ Pazzo - This is Africa TIA
Released 2 days ago, #ThisIsAfricaTIA is a concept born to showcase Africa from a positive and realistic perspective. It's a concept that recognises and celebrates Africa's rich cultural heritage. Watch it below...


When the gardener and the driver try to win the love of the master’s wife, this happens! Released on October 28. Watch it below...

4. Olgha - Stand Strong
After a three-year hiatus, she’s decided to put the knowledge and experience garnered through the years into a new song titled “Stand Strong”. This piece released 4 days ago is a soul/afro-pop blend with lyrics that portray strength and resilience in the face of all obstacles. Keep watching!

6. Stanley Enow - Follow Me (Oh Nana)
The African Women’s Cup of Nation (AWCON) is about to kick off from November 19-December 3 2016 in Cameroon and what better timing to get this out! If you know Stanley Enow, you know he thrives on versatility and follows no set rules. Watch this, there are lots of things which will surprise you! Released October 28.

And you, what are some of the music releases you have loved in the last month? Leave your comments below and join us on Facebook.

Thanks for the collection. I had a great time going through them.

The Cameroon music industry is booming. Glory be to God.
myubaafricard blog


This one is strong! Wizkid's Song on DJ More Music NG

This article inspired me to read more. keep it up. please, how can I get the tips on  How to Develop Rubber Cement Production Business anywhere in the world? thanks.

nice info!! can't wait to your next post!
from Kampus Muhammadiyah