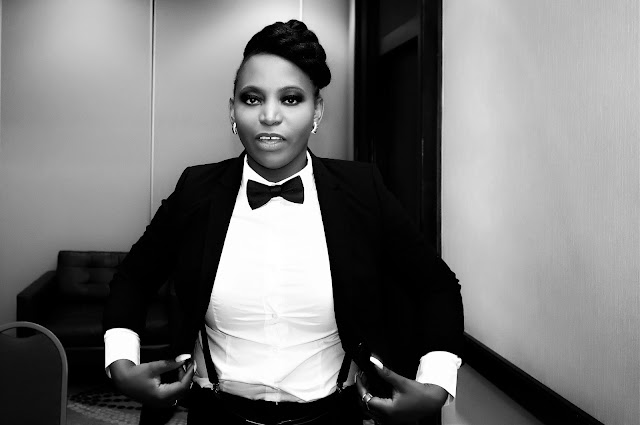 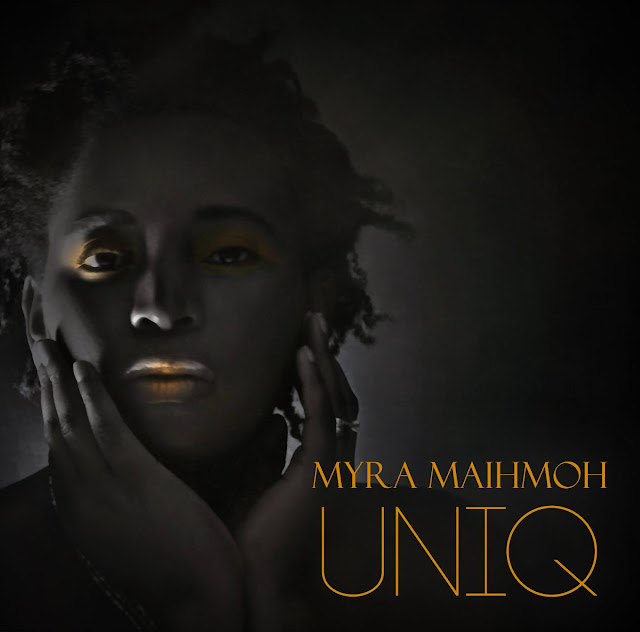 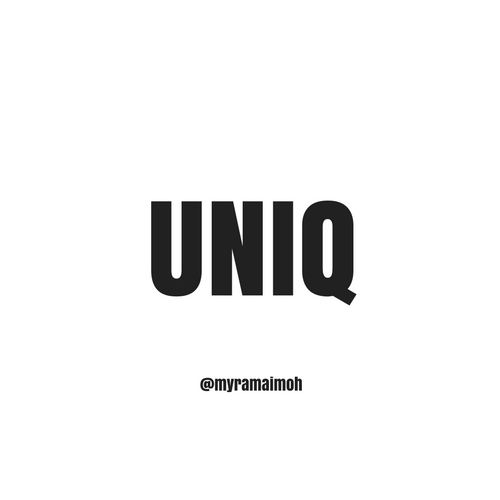 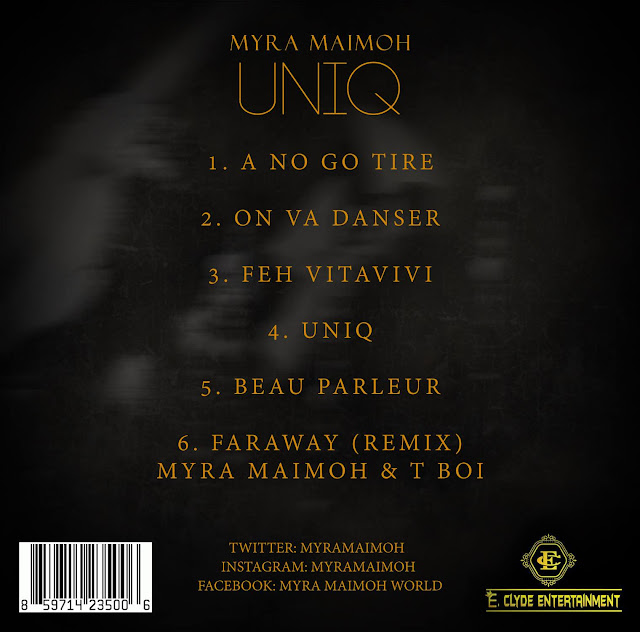 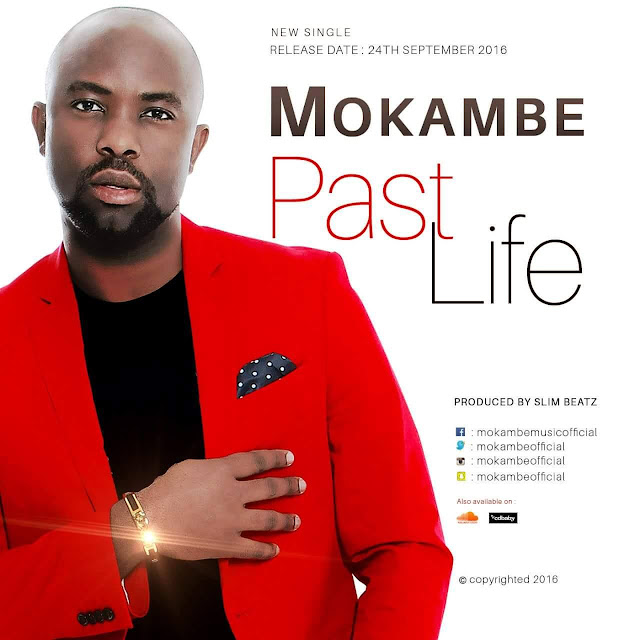 Past Life is a song by Mokambe a gospel artist based in the US. The song encourages everyone especially the youths to not let their past influence their present negatively.

Listen to it here:

THE FIRST CAMEROON CORPORATE AWARDS WITH FABAFRIQ MAGAZINE AT THE HELM... 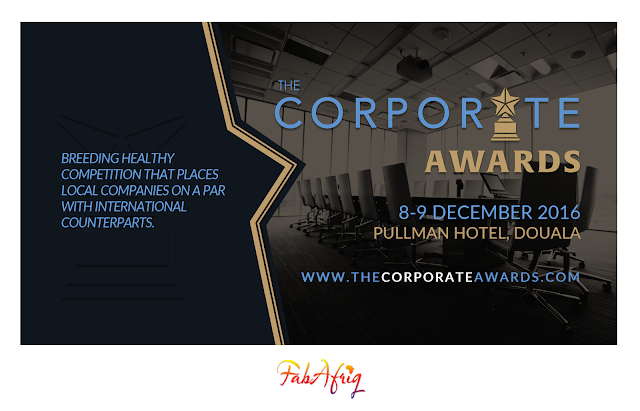 For the first time in Cameroon, companies will be recognised for excellence in people management. The Corporate Awards scheduled for 8-9 December 2016 at the Pullman Hotel in Douala intends to promote companies which inspire change, innovation, acting role models and provide a platform for people to excel. This concept initiated by FabAfriq PR and supported by reputable organisations seeks to work in partnership with companies understanding the need for progress, community spirit, corporate social responsibility, employee engagement, empowerment… It is an HR driven initiative and has a strong aspect of marketing best practices.

“We believe the time has come to cash on the wealth of successful organisations by recognising best practices and setting enduring human resource standards”, says the President of the Board of Directors, Perrial Jean Nyodog.

The organising team have carefully thought through and classified the research into six categories: Customer Service (with a focus on internal customer services), Corporate social Responsibility, Investor in People, Gender Equal Opportunities, Most Innovative Companies and Employer of Choice. 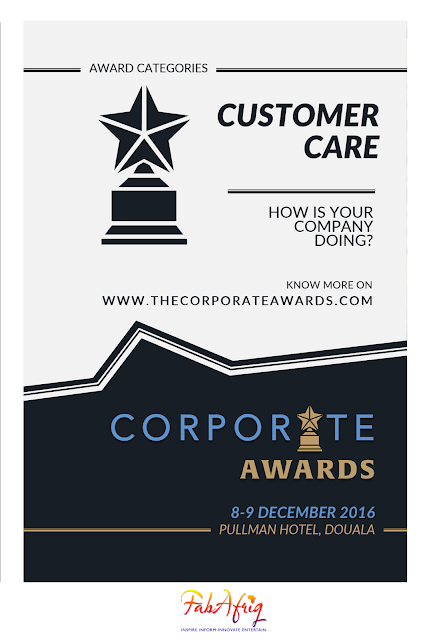 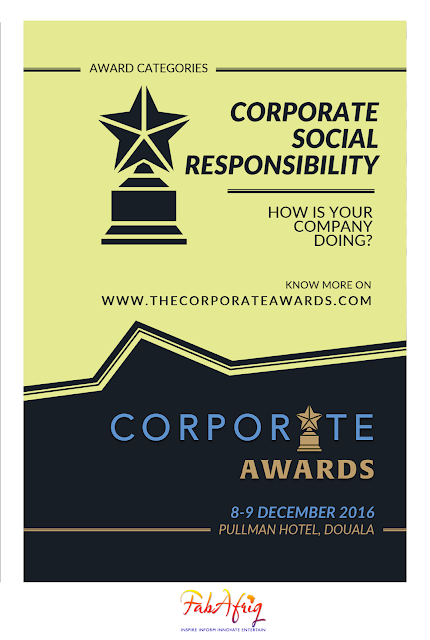 Every company in Cameroon registered under the Ohada system, with over 50 employees, physically located in Cameroon, consent to providing relevant information to the research team and indicate the category under which it tends to take part is hereby invited to participate in this game changing event.
This is the time to place Cameroon where it rightfully belongs in the corporate world. 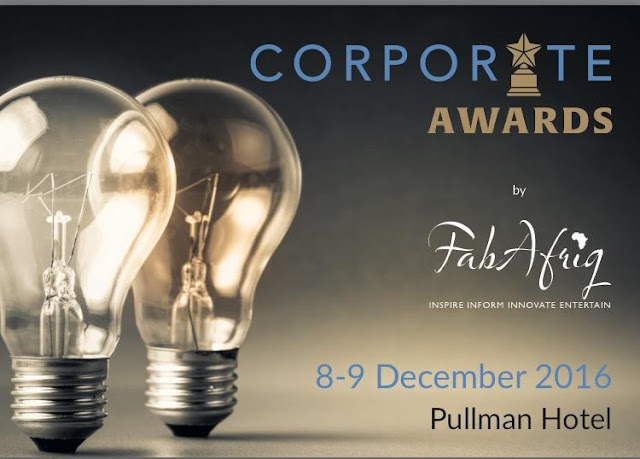 VREEZY VILLE ON COLLABO WITH ASKIA ON THE SONG SHAKITI DAB... 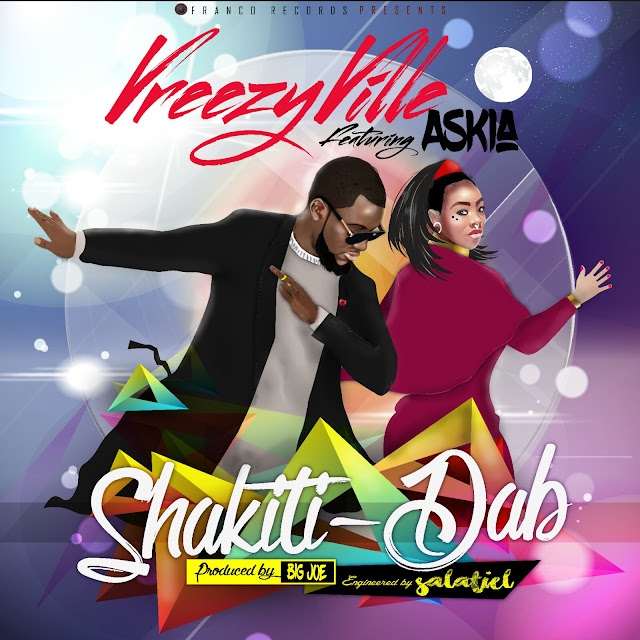 US based Cameroonian artist Vreezy Ville released a few weeks ago his new single titled 'Shakiti Dab' featuring Camer's rap diva Askia. The song shows off Vreezy Ville's versatility while also exposing how dynamic he is as an artist - he raps and sings, hitting high notes we didn't know his vocals could stretch to.

The song is meant to bridge the western and African cultureintegrating the Nigerian original dance move 'Shakiti' with the American urban dance move 'Dab’. The beat is a smooth blend of afro-beats/jazz/hip hop and reggae.

Askia adds a unique feminine flare to the song spicing it up even more. Shakiti Dab is one of those songs that you would want to vibe to, anytime and anywhere. Click here to listen:

DJ PLAY MA SONG WE WANT TO DANCE AND HAVE SOME FUN LIKE MONTESS FT STANLEY ENOW... 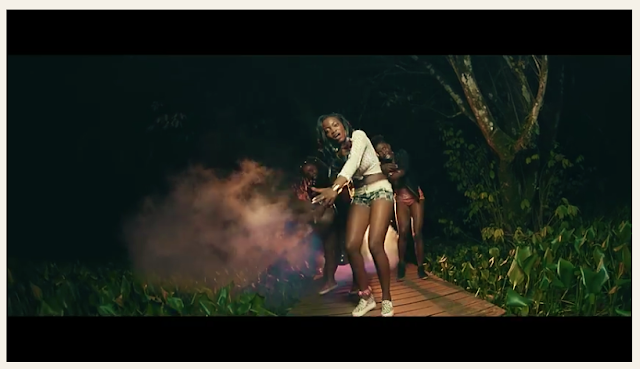 DJ Play Ma Song by new queen on the block Montess in collaboration with starboy Stanley Enow is our song to end the weekend.

This dancehall filler with cool vibes, smooth easy vocals from Montess and good bad boy lyrics from rapper Stanley Enow makes this track one of our favourites! 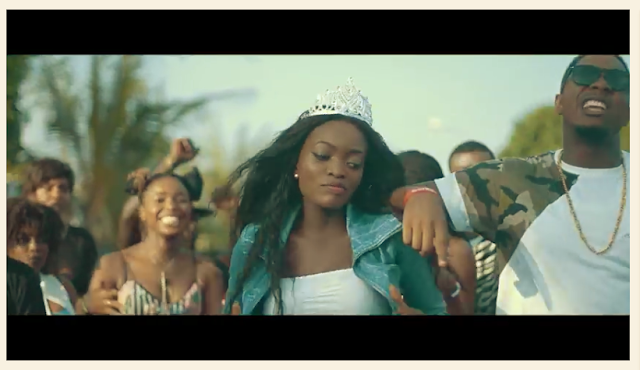 EDDY BEE RELEASES VISUALS FOR LOVE SONG TITLED I DO... 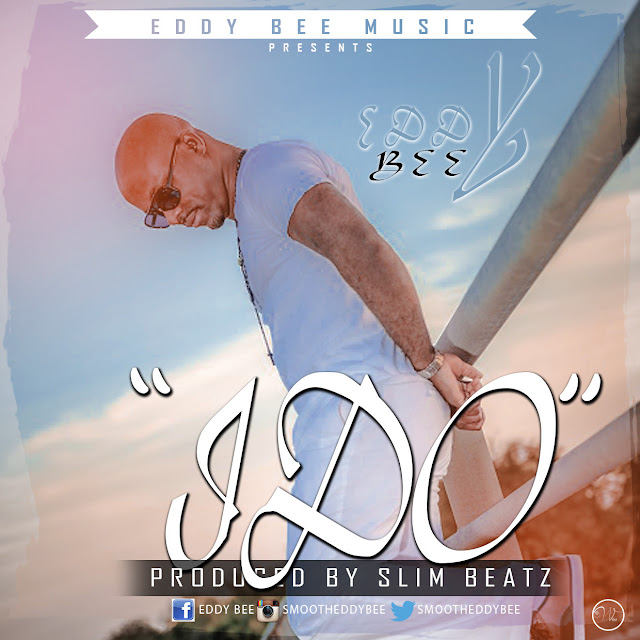 The wait is over! The visuals for US based Cameroonian artist Eddy Bee’s new single; ‘I Do’ is here!

The song which was inspired by ‘love’ and ‘marriage’ is definitely going to be on your ‘love song’ playlist. It is a mature sound which exudes contagious emotions and nostalgic feelings. Surely all brides, grooms, fiancés and lovers will be dancing to it this season. It was produced by ace producer; Slimbeatz.

The video is a trendsetter! Spiced up with romance, colour and antiques, it is a perfect blend and reflection of love. It was directed by American based Cameroonian video director, Tembi Muna. Eddy Bee is definitely in a quest to consistently bless us with that feel good music!

KIKOH KICKS OFF MUSIC CAREER WITH MUKUM A KOM LINGO FROM THE NORTH WEST REGION... 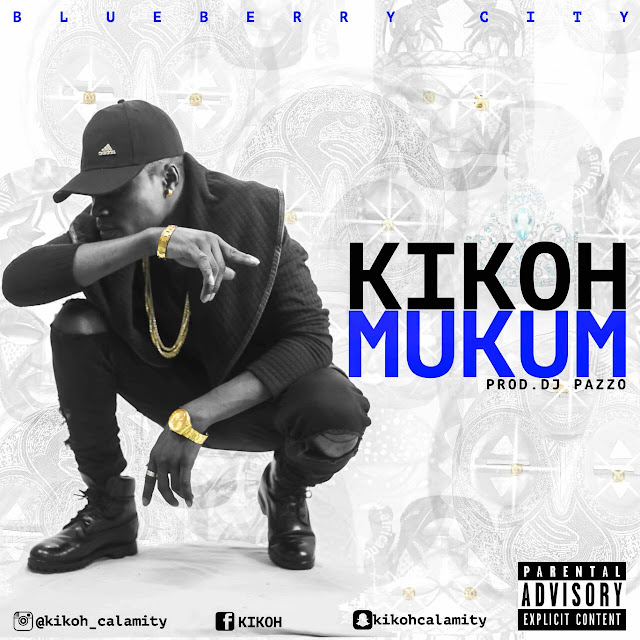 Kikoh Innocent Sentie A.K.A Kikoh, was born in 1993 and his love for music started in 2008. In 2010, he released his first single which received positive feedback. Often referred to as the LIL KESH of Cameroon, his undisputed talent brought him close to a big brother in the industry in the form of Dijay Pazzo, with whom he has been working behind the scenes ever since.

Recently signed to BlueBerry City, a record label piloted by Dijay Pazzo and Chinois, Kikoh is presently working in collaboration with other big names in the industry and has now released his debut single "MUKUM" produced also by Dijay Pazzo. In his silence, he has many things to say "... I love music and I am a workaholic working to fulfill my heart's desires..."

The upcoming artist is on the verge of breaking the stereotype mindset of the African music industry with innovation and with a cultural go-getting afropop song, “Mukum”.  “Mukum”, which is a general name in the North West of Cameroon originates from the Kom clan and it is the biggest masquerade of all the masquerades. Kikoh uses the name Mukum as a sort of respect to every boss. According to him, when you are boss in your office, you are a MUKUM (a sort of “Baba”)

“…the name Mukum is related to every boss in his field, whether you are a football player, fashion designer, president, blogger, director, you are a mukum…”

The song is a very powerful pidgin oriented song with few words mentioned in the French Language. Well written with a thought-out and captivating title as Mukum, Kikoh seeks not only to shock the African market with his originality, his witty lyrical lines, but also to shock the lost rhythm and cultural values in African music.

Mukum is a cross border song, it's mind blowing, it’s a hit, it a song that everyone in the world will be able to relate to, because in every country you find a rich, famous, influential person who is a Mukum. Also, not only because of the language but also because of the beautifully patterned instrumentals and ancestral male chorus we used to hear chanted by ancient warriors at war front.

Listen to the song here… 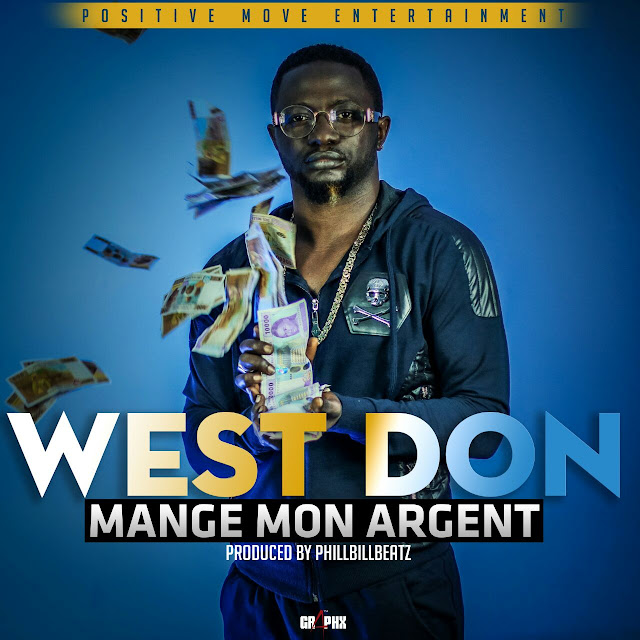 West Don is a singer & songwriter also popularly known as The King of Ajebota born in Kumba, Cameroon where he started singing and dancing pop dance popularly known as Michael Jackson from childhood before setting up a recording studio called Westox Recordz in his later years which most artists from Kumba town passed through.

West Don recently released Mange Mon Argent; an afro pop song produced by Phillbillbeatz which is a mixture of bensikin, makossa and pop and sung in English, French and Pidgin.

Listen to the song below… 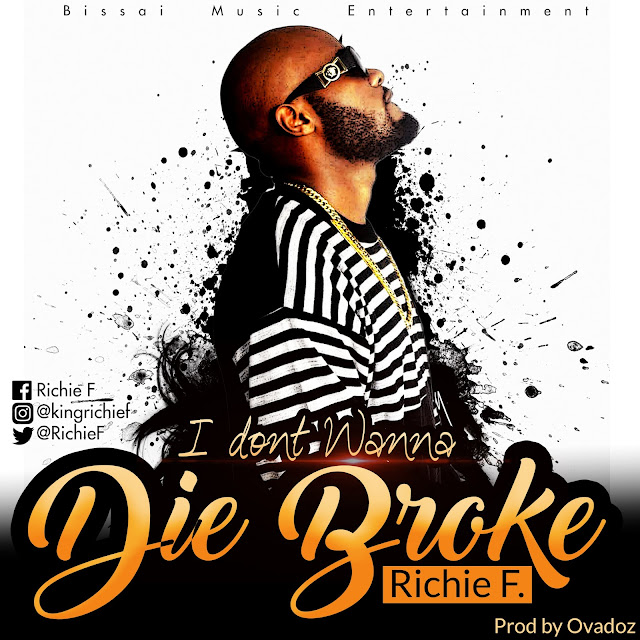 It is a song meant to motivate people to work harder (hustle). It is a movement whose objective is to create and encourage a certain work consciousness by conveying several messages and life truths, one of which is the fact that you have no control over the kind of family and condition you are born into, but everybody has a fair opportunity of making their lives better through hard work (hustle).

Take a listen below…