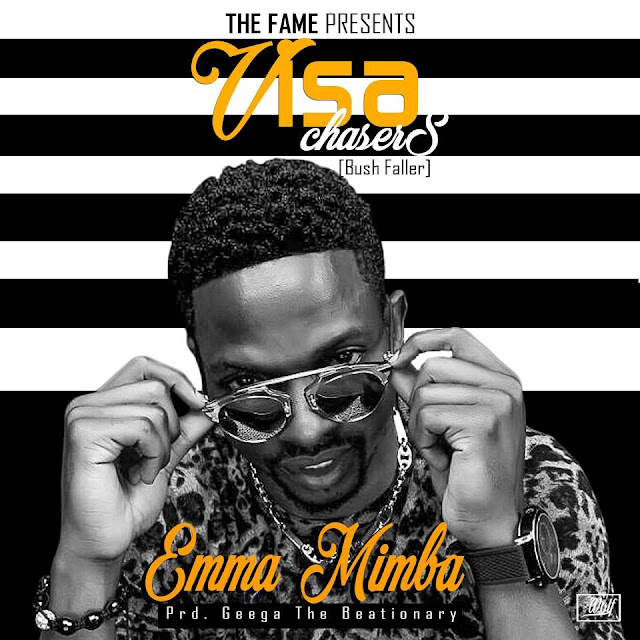 Emma Mimba aka Reality Rapper is here again with a brand new single titled Visa Chasers (Bush Fallers). After gaining a huge fan base with a series of freestyles, Emma Mimba decided to kick off his music career by dropping a hard verse on the remix of  Check Ma Swag by Don Crozzy. The remix made a great buzz in and around the country, serving as a springboard for the Reality Rapper who has decided to bounce high with a brand new single titled Visa Chasers. the second single off his upcoming EP "The Tin Be Start Like Play" to be released soon under his record label "The Fame."

Visa Chasers (Bush Fallers) was first released by Emma Mimba as a short freestyle which went viral mainly because of the lyrical content, the strong message and the rap skill and creativity. Emma Mimba is here with the official audio for Visa Chasers, with Geega "The Beationary" (Cameroonian) & Francisco Reis (Portuguese) on the keys and Emma Mimba on the flow, you are up for some amazing punch lines. This is a piece with a powerful message directed to the youths in Africa with the "I must 'fall bush' to make it" mentality. Emma Mimba totally transforms a whatsapp conversation into amazing rap lyrics which doesn't only entertain but schools the youth on the said issue.

Listen to the track below...