IS NIGERIAN ARTIST DAVIDO LETTING DOWN HIS CAMEROON FANS AGAIN?? 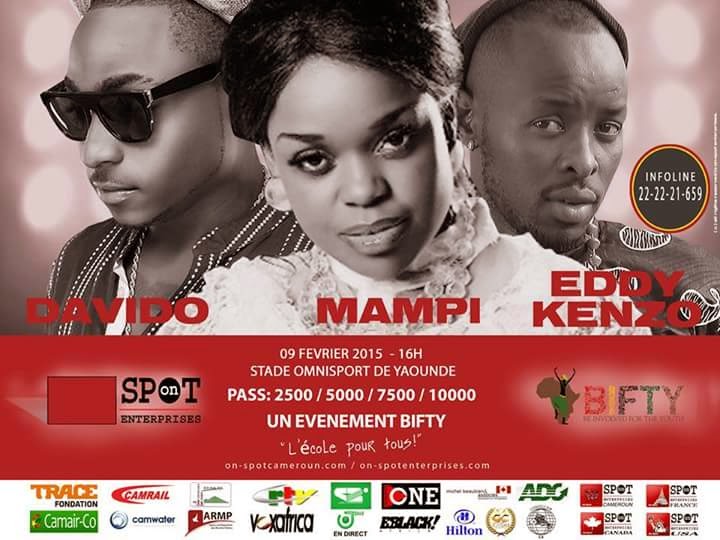 According to a Facebook post by a Cameroon based magazine, the Nigerian artist Davido despite confirming on Twitter his participation at the upcoming BIFTY event in association with Spot Enterprises scheduled for February 9th, he will not be there  because the event has been cancelled and pushed to another date.

It is unclear what has caused the cancellation or whether it is just Davido's participation which has been cancelled but many of his Cameroon fans would be disappointed. The event was also scheduled to have Stanley Enow, Magasco and Duc-z.

More on this as we find out.