HEINEKEN CAMEROON ENGAGES CUSTOMERS THROUGH A GLOW IN THE DARK AFTER WORK PARTY. READ IT HERE! 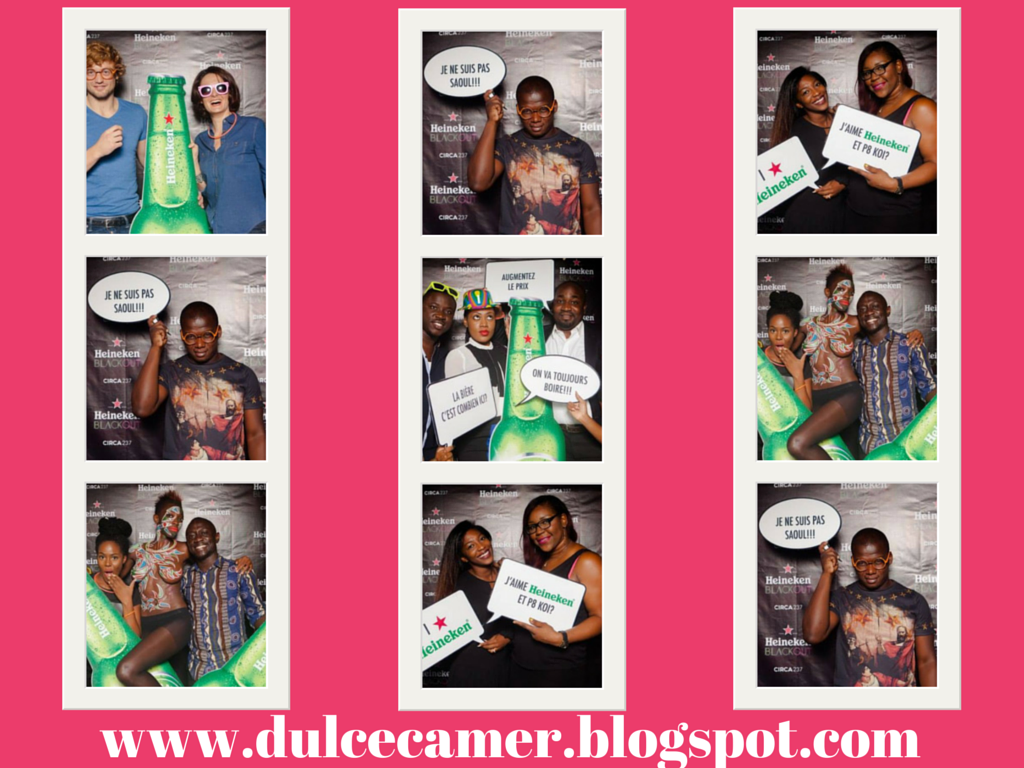 The Heineken brand is normally seen to be associated with football (Premier League) in Cameroon however, what we do not also see is that the brand is known to engage their customers through music and lifestyle around the rest of the world.

For the brand's first activation of this kind in Cameroon, they partnered with CIRCA237 – Bee and Sophy (yes you guessed right they are also the girls behind makeup agency Uzuri Makeup Artistry) to present Heineken as a more sociable brand. The perception in Cameroon is also that Heineken is above the average beer price point. So the girls planned and actioned the Heineken BLACKOUT event which was held at Le Palais in Bonanjo, Douala.

Heineken BLACKOUT was a glow-in-the-dark themed afterwork party where guests were treated to electro music mixed with Hip Hop and Afro Pop. Le Palais, which is a recently-opened cabaret was completely transformed with black lights, strobes and lasers to provide guests with a truly glow-in-the dark experience. The event took place on the 19th of February and was the first in a series of 4 events which will take place this year both in Yaoundé and Douala.

To appeal to guests who either do not drink Heineken or beer at all, there were drinks specials and cocktails made with Heineken and other ingredients. Heineken also flew in 240 special edition Heineken Club bottles which glow under UV light from Holland.

Guests were given glow-in-the-dark accessories as well as other freebies including Heineken wayfarer sunglasses. There was live body painting on a semi-nude model as well as plenty of memorable moments at the photo booth.

Le Palais enjoyed a capacity crowd who danced the night away while enjoying Heineken. Enjoy the images below… 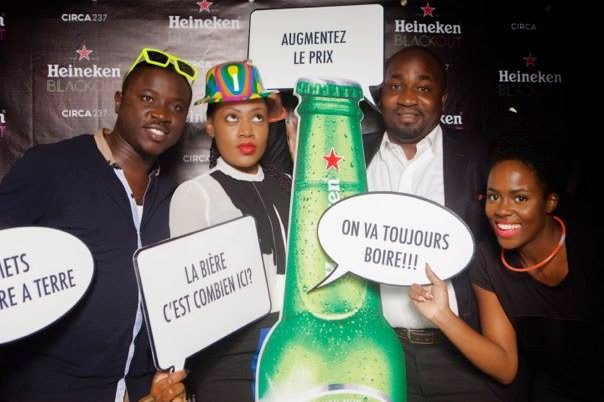 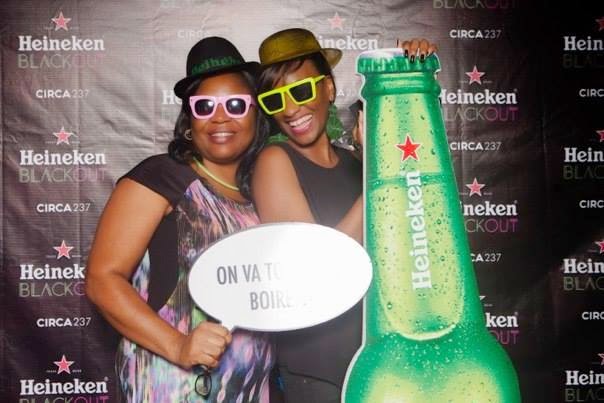 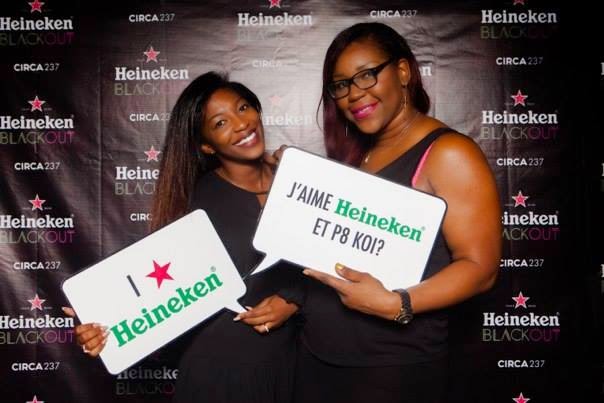 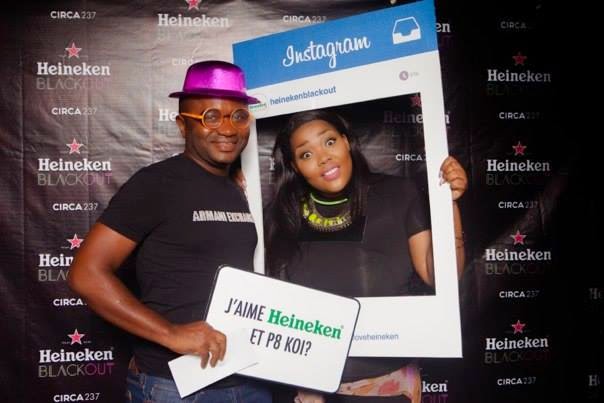 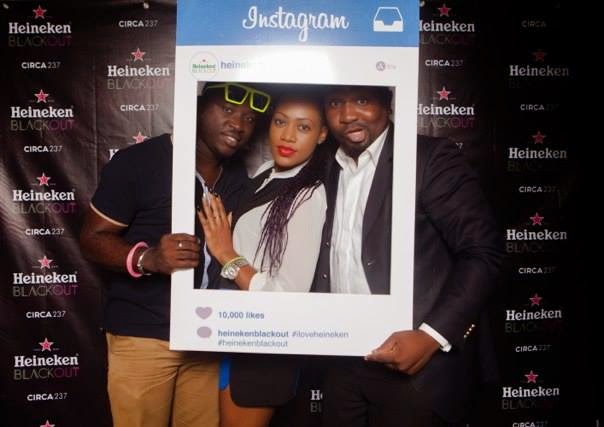 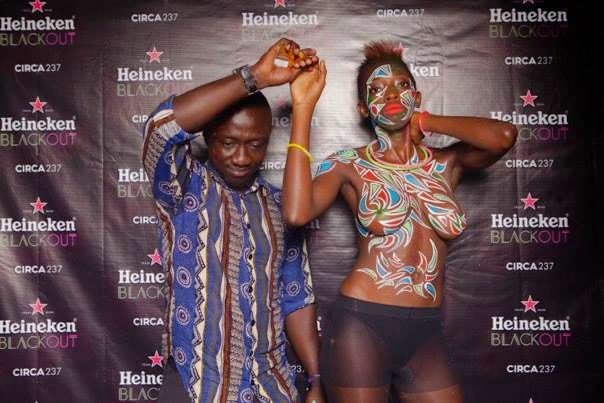 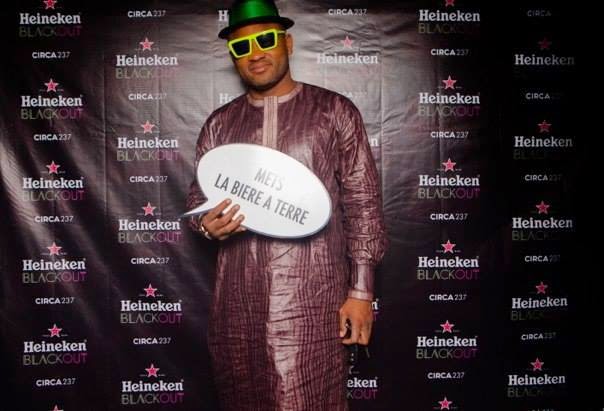 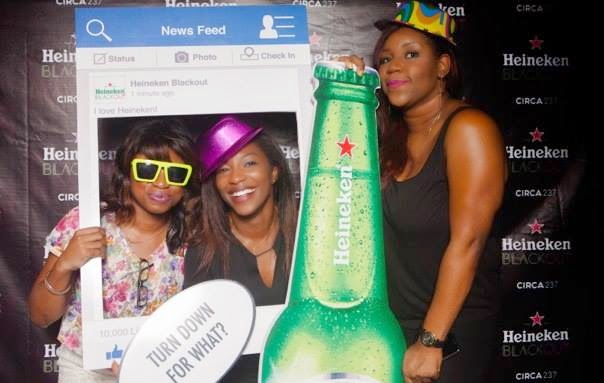 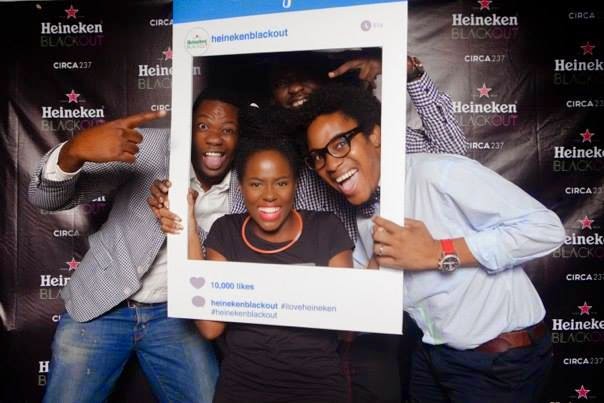 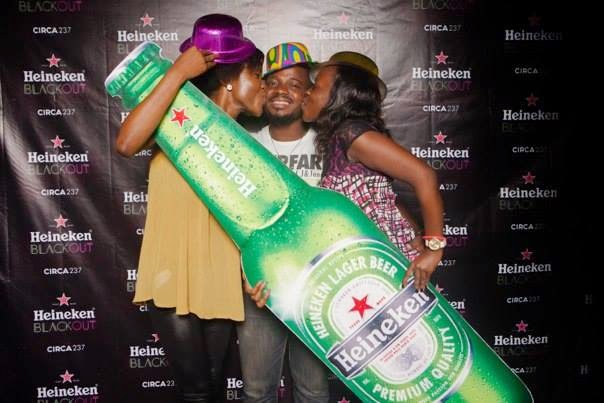 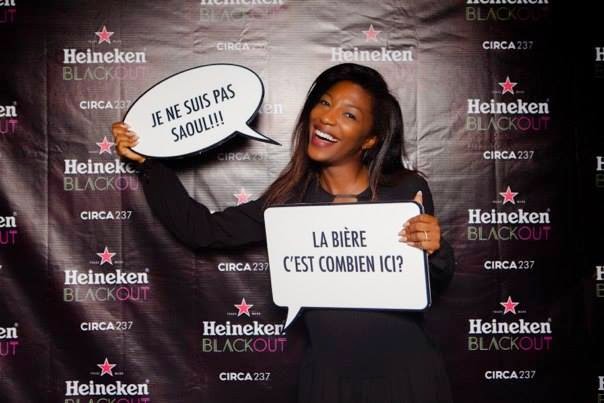 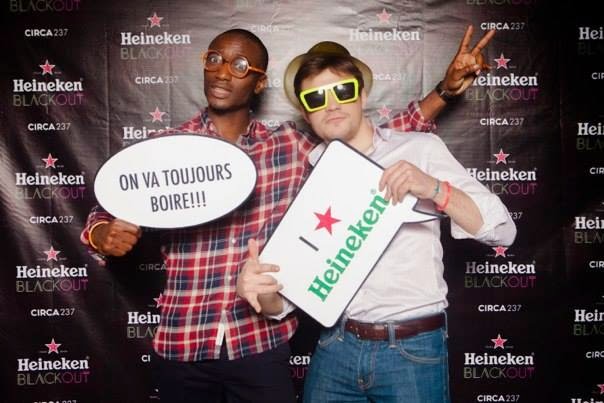 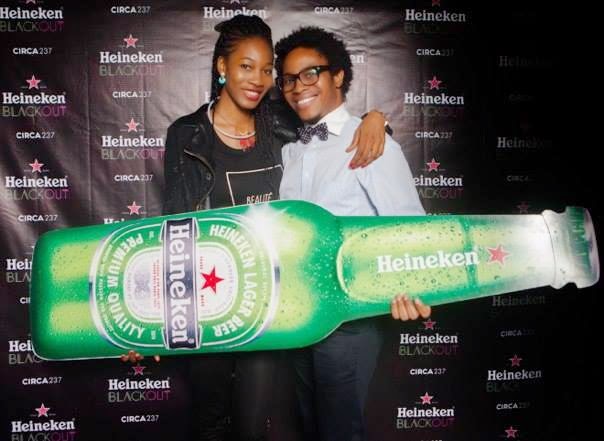 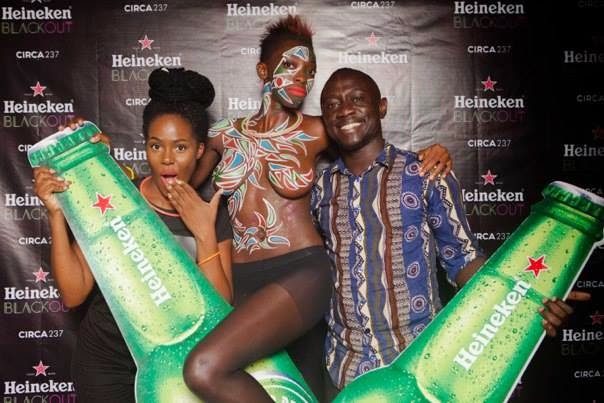 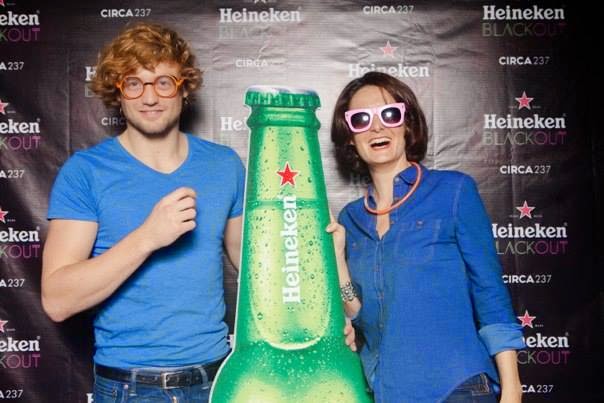 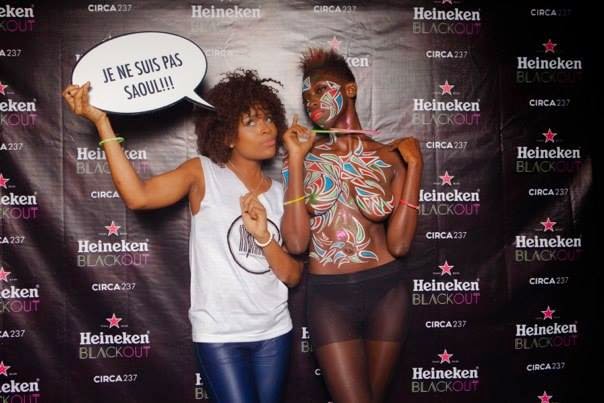 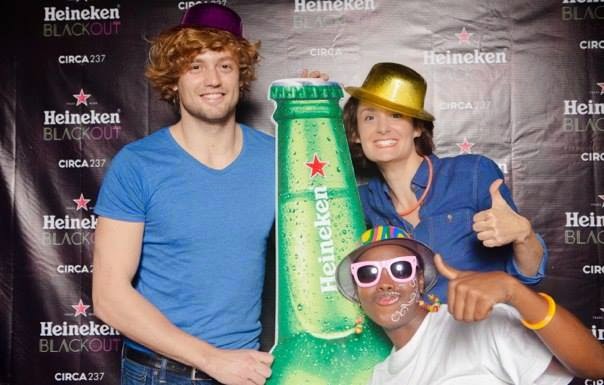 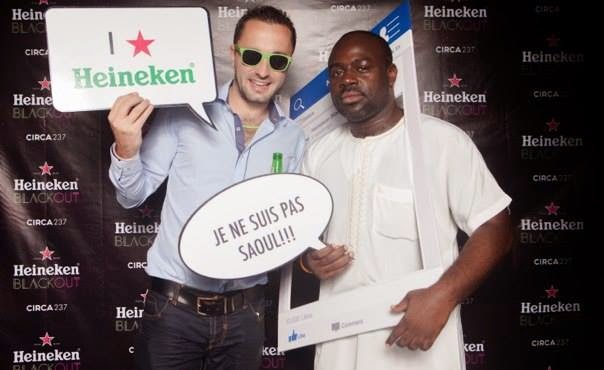 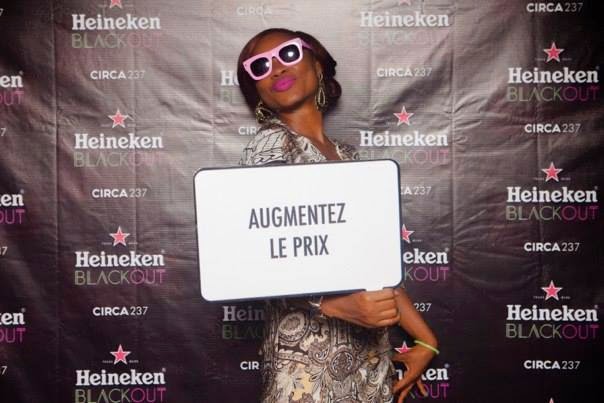 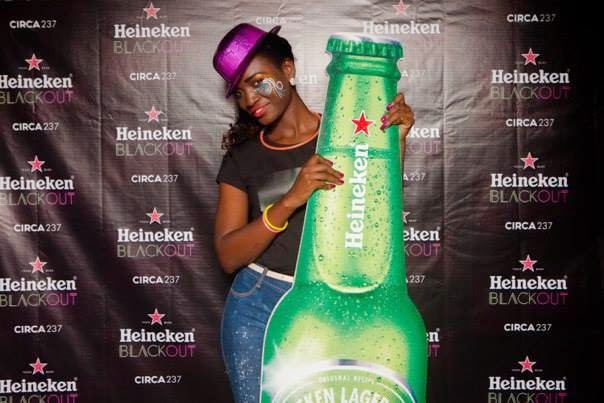 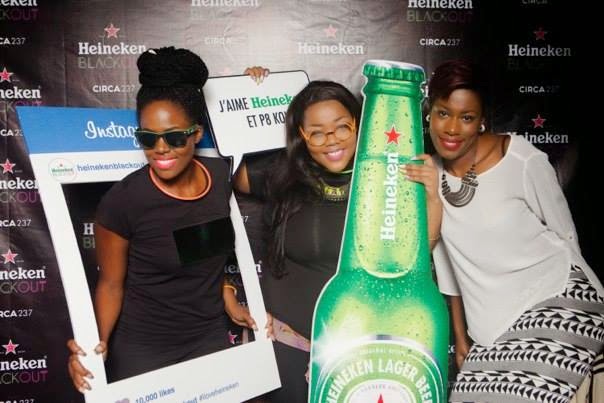 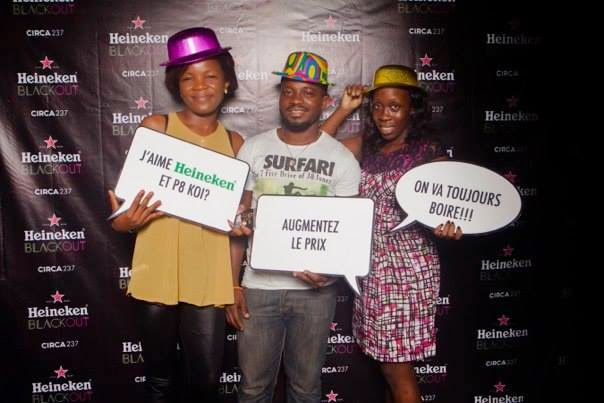 And there you have it, looks like fun fun fun!!

Well done! Impressive PR with captivate captions and model. I am surprised Cameroon is ready for such a controversial Model.

Tho' I don't agree with the later, it definitely caught the attention of the public and people talking. That was brave.