BENOIT ASSOU-EKOTTO RELEASED FROM TOTTENHAM HOTSPUR & GETS ABUSED ON TWITTER

Former Cameroon international Benoit Assou-Ekotto who head butted his colleague Moukandjo during the World Cup match against Croatia in Brazil 2014 has had his contract terminated at North London club Tottenham Hotspurs last night during the January transfer window.

The release was marked online by Tottenham Hotspur's Twitter account post and it seemed to be received as something the fans were desiring following the replies as seen on below screenshots. 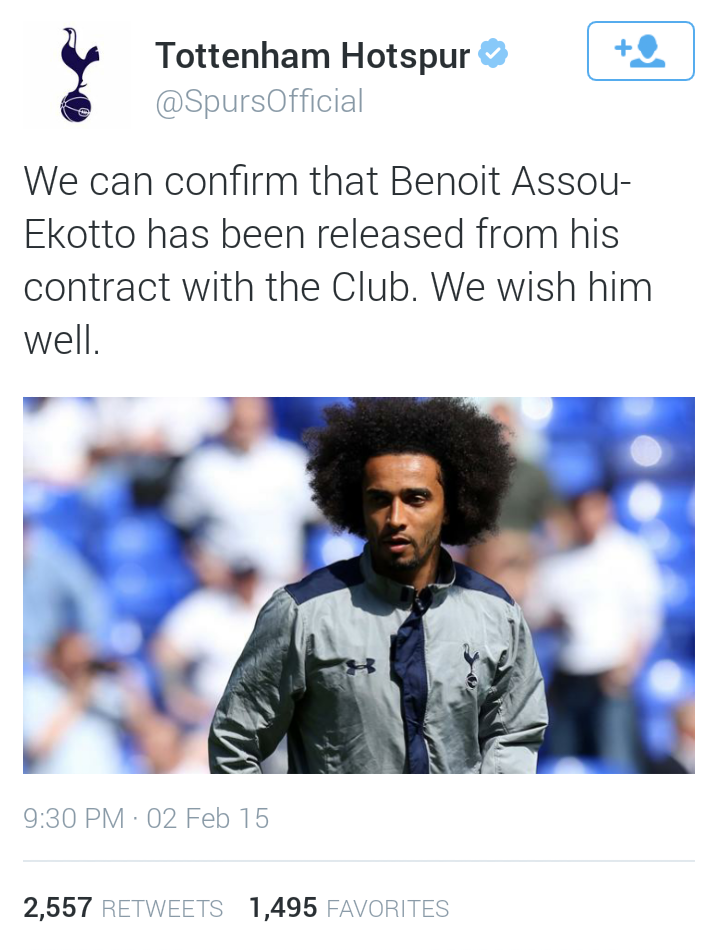 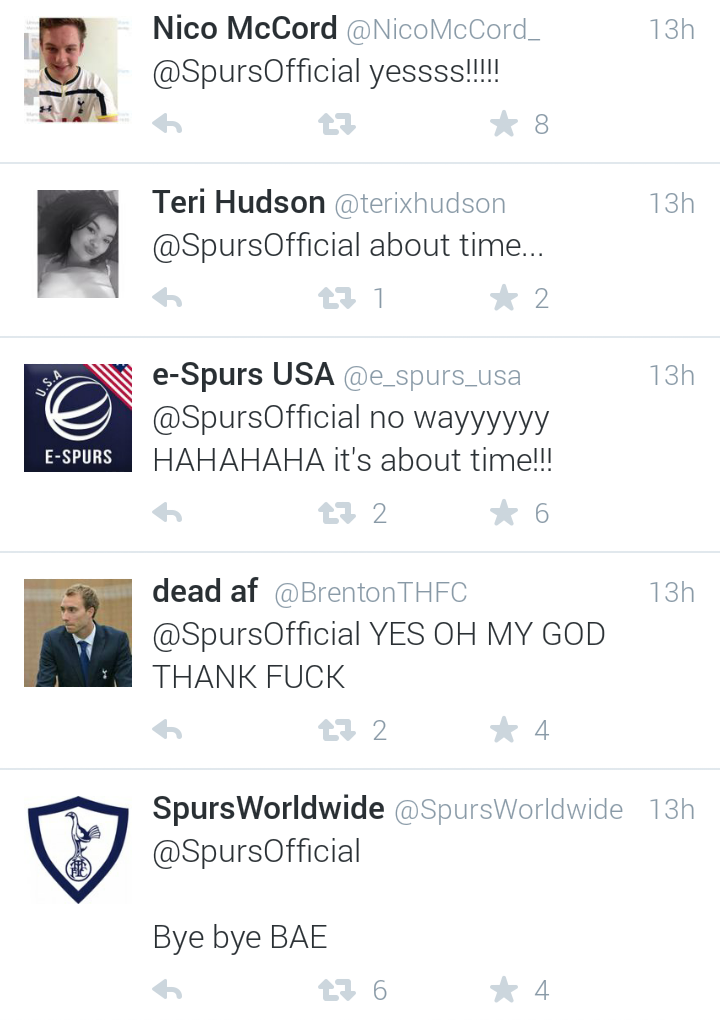 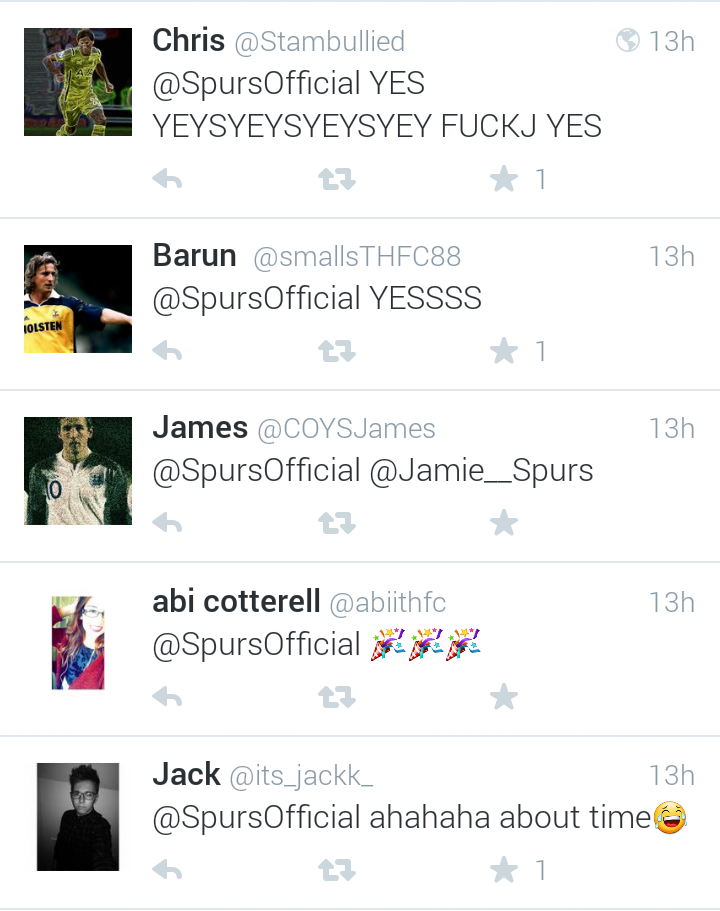 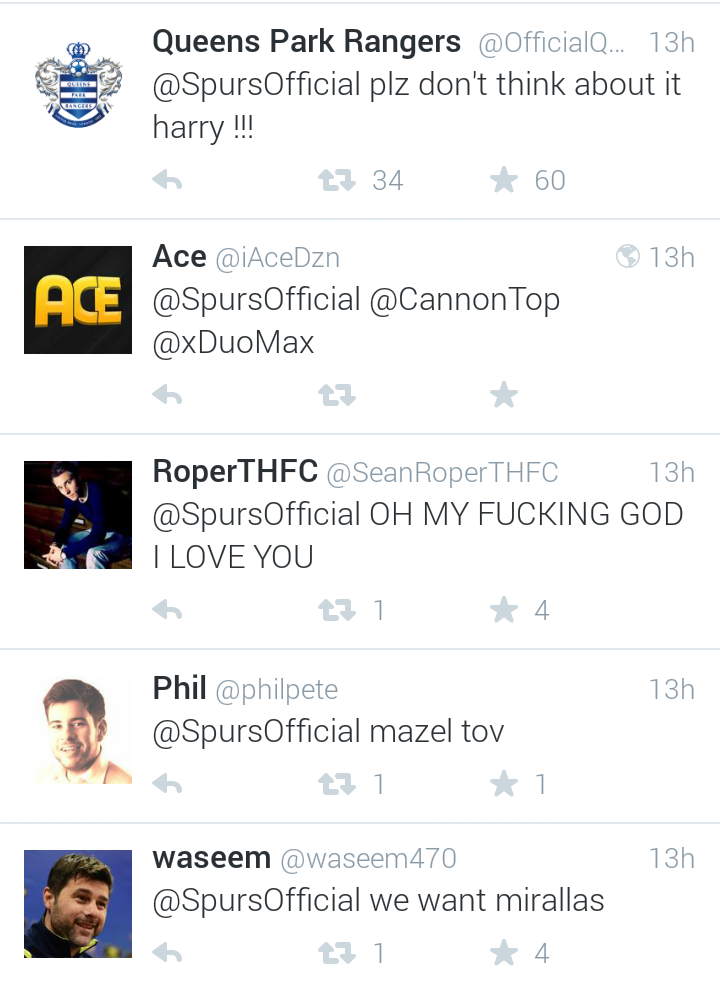 Also following the release, Benoit Assou-Ekotto aka BAE changed his Twitter account picture to one which states "Freedom" and this has also not gone down very well with his ex fans who believed he was not contributing to the team's progress. More screenshots below... 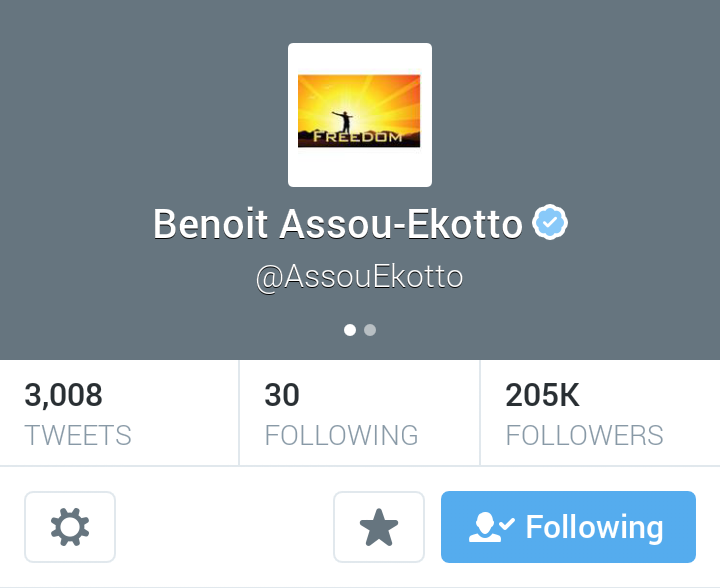 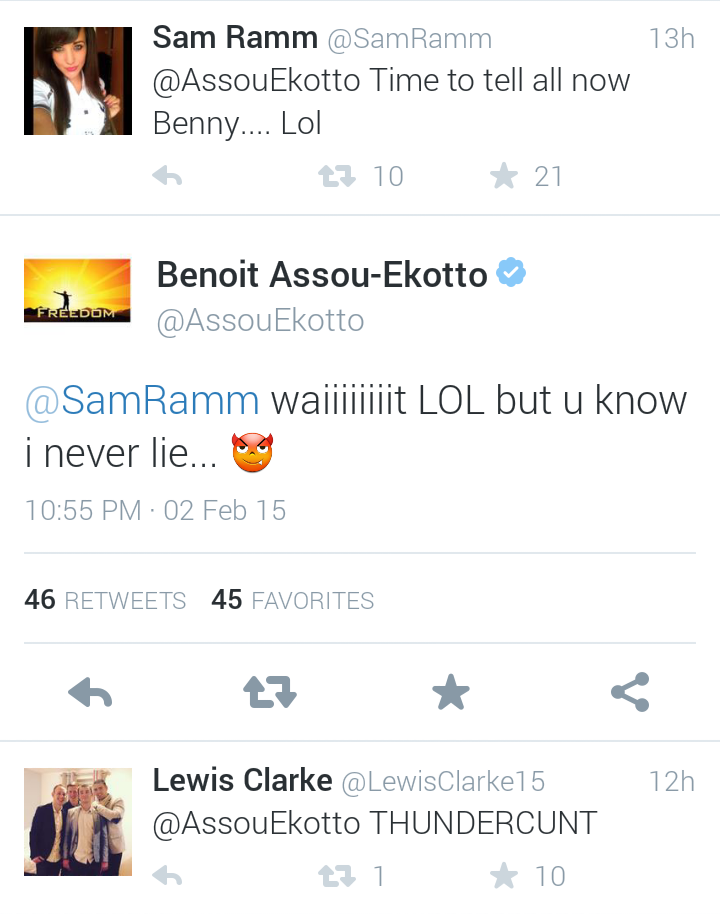 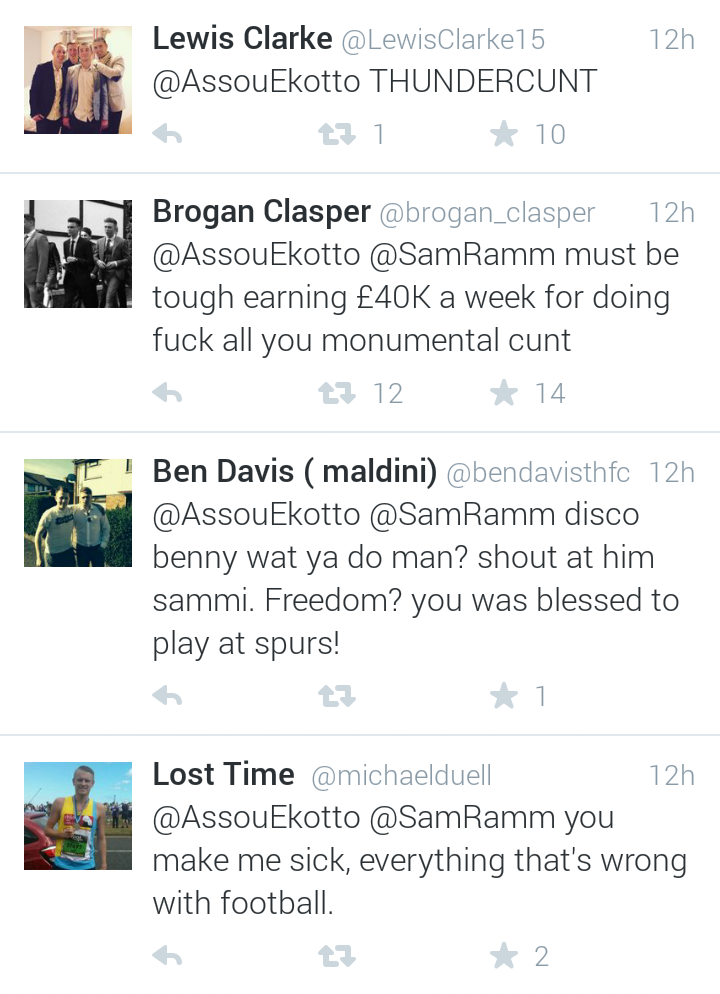 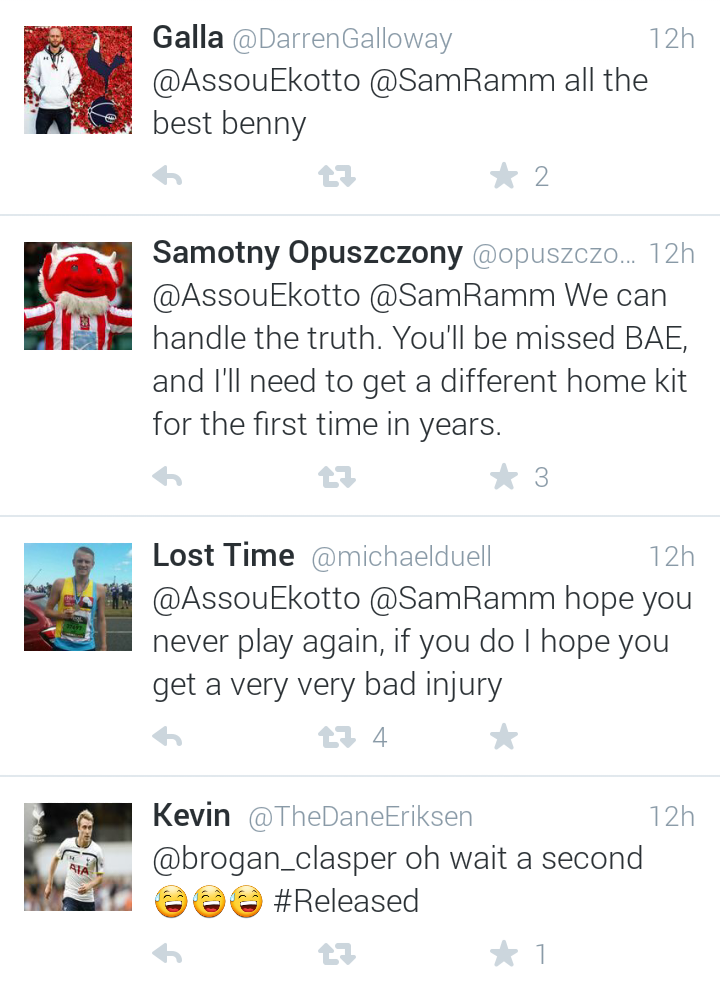 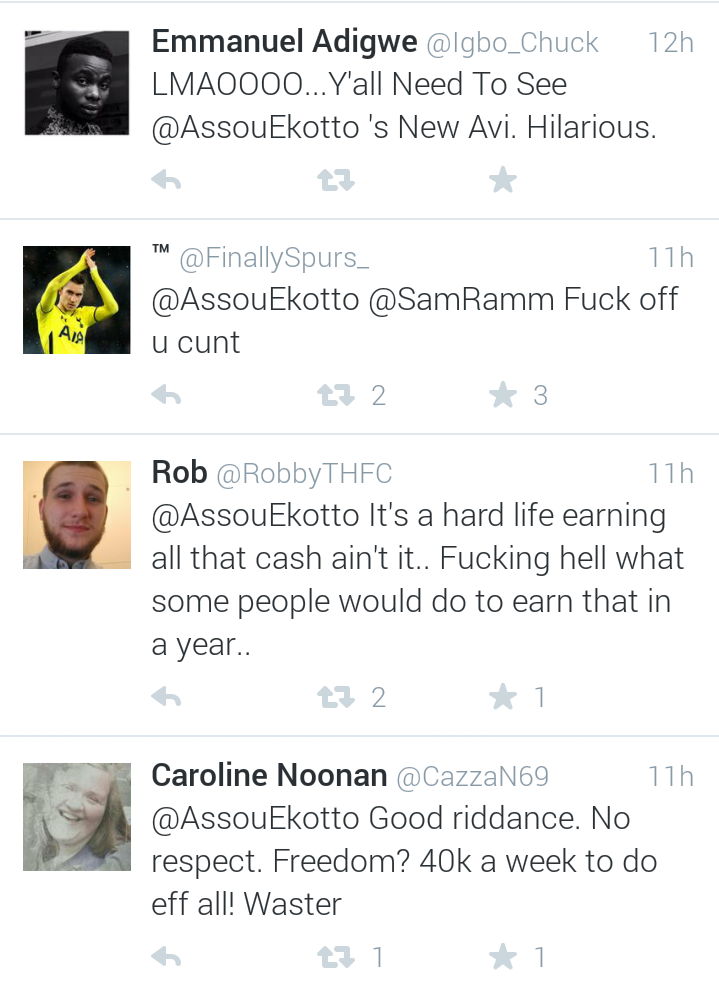 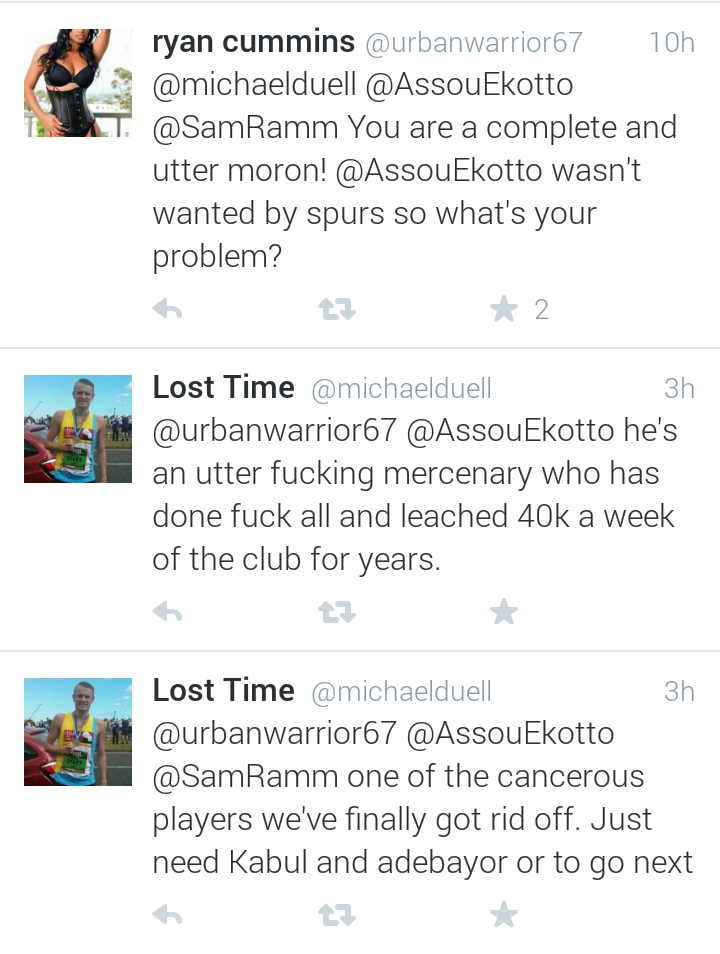 What is your opinion? Should BAE have acted differently? Leave your comments below.

i dont know why those fans are harsh on him cos i do not watch him play..they know better than to insult him like dat...crae crae social media...ouffffffffffff

BAE lol. Upon all his cuteness even the female fans won't miss him? Then something is wrong with dat guy. He messed Cameroon up for us in the world cup. He deserves it I think.