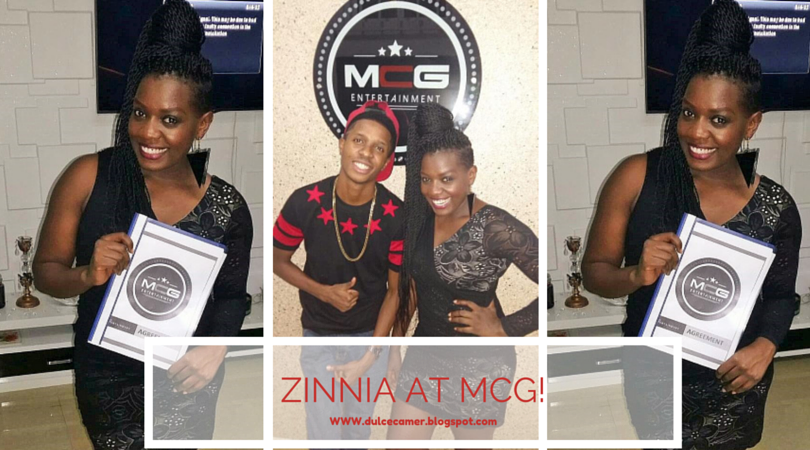 Mbanga wey e get for ripe, must ripe not so? Well that is exactly what is happening slowly in the Cameroon music milieu. We have begun to witness major record deal signings, brand endorsements, paid concert participations, digital distribution partnerships with major labels...and we are not even fully grown yet!

Tuesday night, South Africa based former Mutzig winner and one time Brightphase and BAAM member Zinnia Bemo known under her stage name of Zinnia released images and a short message on Instagram confirming her partnership with a record label in Nigeria. She had hinted to us last week about her news which she was about to release and we had a few minutes catch up...read it below. 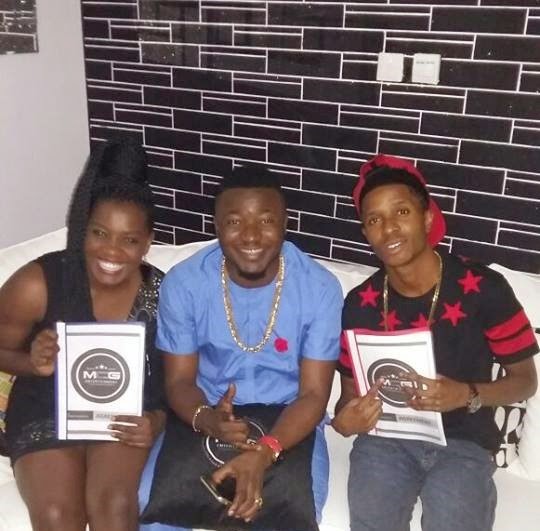 DC: How were you scouted or approached?
Zinnia: I met with MC Galaxy by accident in a studio in Nigeria. I was there doing my shoot and so was he recording some tracks. While he was recording, I was busy humming to his beat and he asked me to help him out with the backing tracks. I gladly did and also carried on with my shoot and then I left. Two months later, I received a call from him wanting to know if I was in Nigeria to help him out again. As I was available, I went and ended up doing 3 songs for his debut album.

DC: How did you feel during the negotiations?
Zinnia: I was called up by his management Big Jamz World and we had a meeting on the phone which went pretty well. When they sent me the contract, I could not believe it!

DC: When you signed on the dotted lines, what were you feeling?
Zinnia: I was overwhelmed...I felt amazing because I knew I had worked hard for this opportunity.

DC: What next?
Zinnia: Working on my first official single under the label and my introductory performance with my label mate Muno this weekend in Nigeria at the MC Galaxy album launch in Uyo where I will also share the stage with Cynthia Morgan, Skales, Praiz etc and then another launch in Lagos.

Zinnia becomes the first official female and only foreigner on the label owned by the "Sekem" crooner MC Galaxy. Let's stay tuned for more!

You have always been a bundle of great talent zennia, good job! I feel so happy for you. x💓x❤x💙

You have always been a bundle of great talent zennia, good job! I feel so happy for you. x��x❤x��

The old system is in ruins, degrading a bit more each day. With all the new pieces in place, montell jordan get it on tonite