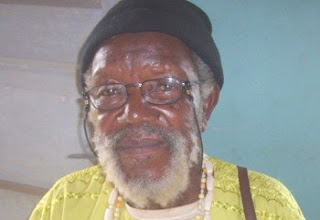 Chief Ayamba - Leader of SCNC
Leaders of the separatist Southern Cameroons National Council (SCNC) are determined to celebrate what they consider as Southern Cameroons’ Independence Day - despite threats of a government crackdown.

The movement regards the former British colony as annexed by French-speaking Cameroon and calls for its sovereignty.

Previous SCNC demonstrations have incurred attacks from the Cameroonian government.

“We shall not relent and we shall not be intimidated,” said Hitler Mbinglo, Chairman for the Northern Zone.

However he remained tight-lipped about details of the October 1st festivities.

SCNC leaders, in the North West, have suffered a recent spate of arrests and imprisonment.

Among the jailed activists is Prof Martin Chia, the promoter of a group advocating for the liberation of Northern and Southern Cameroons from Nigeria and Cameroon respectively.

Unlike the Ette Ayamba-led SCNC, which favours a separation of the ex-British colony from the rest of Cameroon, Chia’s movement wants former Northern Cameroonians who voted to join Nigeria in 1961 to secede and form a separate country with Southern Cameroons. 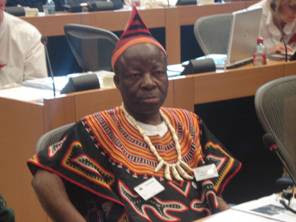 By Ngum Ngafor
Posted by Dulce at 2:48 PM

Hmmm i really think its about time the older generation stopped living in the past and start taking decisions that will aid Cameroon as a whole country. All this devision here and there, strikes me as an old vendetta, a power play that they just can't let go of. What good will it be if the country separates?? now is not the time to argue on the play ground like 6yr old kindergarten kids about who gets to climb on the swing first.Now is the time when those in power have to start implementing laws that will bring about a more updated enterprising atmosphere for the nation. For its relative peace, Cameroon is far behind when it comes to economical development...and it makes me sick to hear old disillusioned hags ( Hitler Mbinglo..Hitler??...how very unoriginal..distasteful!) talking about “We shall not relent and we shall not be intimidated,” wuna wan go join na Nigeria eh,ok go, wen they show wuna peper, u go run came back!. Maybe if they took all that determination and channeled it into better economic policies, running a business in Cameroon wouldn't be akin to hell on earth!...and if they find themselves incompetent in this area, please "git,git of the flo", and make room for the younger generation!