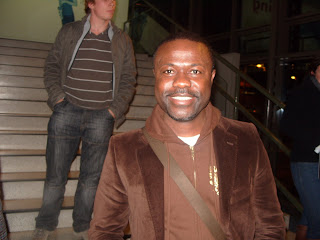 Vincent: This is the first time I have been to such a high quality show by a Cameroonian artist. It was excellent! I just loved the vibe. The sounds and all the actions were fantastic. I had heard about Richard Bona’s international reputation before. I know he is one of our best exports but hadn’t really heard his music. When I found out he was coming to Manchester, I couldn’t resist the opportunity to dscover him. I’m going to get his CDs. 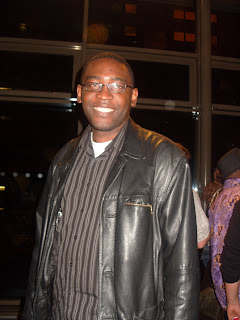 Lwanga: I thought the show was fantastic! Richard Bona’s natural flair was most impressive. I didn’t really know much about his music before but I decided to come and see him out of patriotism. He is Cameroonian and I would like to promote his music. Now that I have seen him I’m a definite convert. I would see him again and totally recommend the experience to everyone. 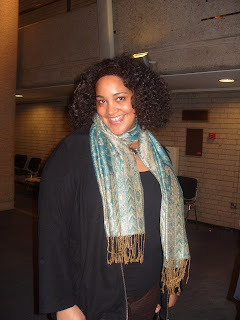 Helen: I’m a music appreciator and have been to lots of gigs but this one has definitely gone into my top three.

The show was like a three course meal. It was just amazing! Quite often you go to a show that’s only good for the ears but visually this was amazing. Each artist, in their own right, was just awesome. (It was) really well put together, musically tight and so professional. In terms of performance, it was amazing as well. The way they engaged the audience was brilliant. I just loved it!

I play bass, so I usually check out other bassists. I had seen a bit of Richard Bona’s stuff on YouTube, which was good but probably wouldn’t have been enough to make me go to a concert. A Cameroonian friend encouraged me to come to the show. His (Bona’s) acapella improvisations are always amazing.

My highlight of the night was when the band members found their place with each other and the audience. Their performance was just so tight! I haven’t heard many bands where they play together like that; where they feel one another and play like one person.

The only thing I’d change about this concert is the audience. I think they weren’t primed for Richard Bona and so they weren’t ready to respond. I have no doubt that everyone who was sitting there was appreciating him musically but that is music that needs to be responded to! If I were music director, I would hire a PR (wo)man and get his name out there because I think if the audience knows who to expect, they respond to the music in the right way. Richard Bona is definitely on my radar now. 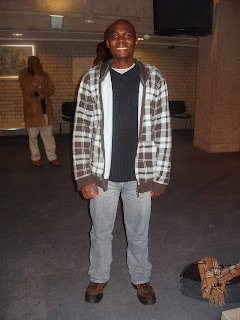 Micheal: The show was brilliant! I loved everything about it. Richard Bona is very talented. It’s not just something artificial. It is natural. I am a musician and hope to be like one of these guys (Richard Bona and Muntu Valdo).

The opening act is really good. He is talented and upcoming. To be able to play and sing is not easy. I can play but I can’t sing the way he can. He has a good voice and lots of talent. He is really going to become one of the top guys. And I’ll be watching him.

My favourite thing about the show was the way it was put together. The music was tight. I liked the communication between the band members and the space they gave each other. The improvisations were amazing; the key boardist (Etienne Stadwijk) was incredible. He’s one in a million. As for the bassist, I’ve never seen anyone like him! 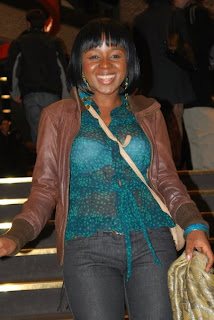 “Moiye na Muititi” (Gods and Devils), is his debut album. Sung mainly in his native Duala, it is a sensual and spiritual celebration of Muntu’s life lessons and musical influences.

From the heart of Manchester, the” Prince of Sawa Blues” charted his musical journey which sprouted under a mango tree in Yaoundé. These days he graces venues as famous and as the UK WOMAD festival and as far flung as Tbilisi, Georgia.

At the prestigious music college, Muntu proved a class act as his smooth, deep voice sauntered from soft acapella through haunting blues to upbeat makossa. Any disappointment over his omission of hit tune Di Mala quickly evaporated as his bewitching guitar and harmonica style shone in the bluesy Di Sibi and catchy sing-along, Leta.

He may have described himself as the man rolling the red carpet for Richard Bona but this Pied Piper of Douala is destined for greater things.

When it comes to Richard Bona, DO believe the hype! The mesmerising bassist sings like an angel and jams like a rock star.

Backed by his multicultural, 5-piece band, Bona unleashed an immediate assault on the senses as he slid across a rhythm kaleidoscope. Serene vibes enveloped the hall as he crooned intimate tune, Suninga while the salsa-tinged Ekwa Mwato and Sen Sen Sen delivered a glorious fiesta.

Although each band member got his turn in the spotlight, Venezuelan percussionist Roberto Quintero (only on his second outing with the group) stole the show with a spectacular routine. But there was no outdoing the leader. From out-of-this-world improvisations to fun call-and-response sessions, Richard Bona thrilled and wowed all night.

At the London concert which took place at the Barbican Centre last sunday night, Bona, Perez and their bands did not fail to deliver either. The packed out crowd cheered, sang, clapped, danced with the acts on stage. The best thing about this gig is the fact that they all interacted with the crowd. Sen Sen Sen was again most definitely a winner with the crowd, getting the men only, the women only and the over 40’s and 50’s women only to sing brought the crowd to a frenzy.

The concert was an enjoyable experience for everyone. There were a lot of smiley faces throughout and even at the end, the crowd could not wait to meet and take pictures with the MAN himself.

The Bona, Muntu and Perez show was a total knockout. But just don’t take our word for it I guess the above reviews said it all. 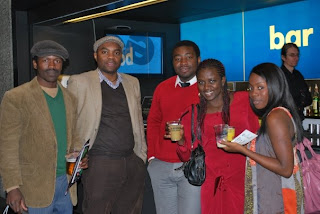 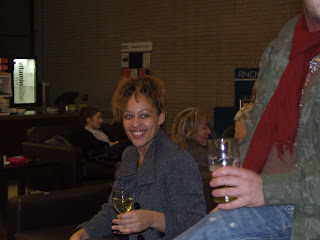 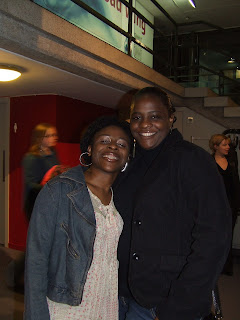 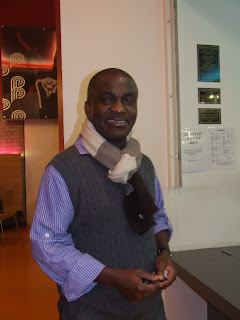 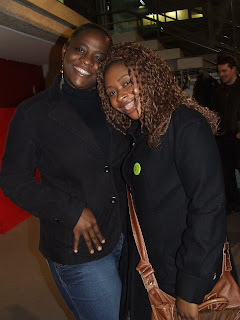 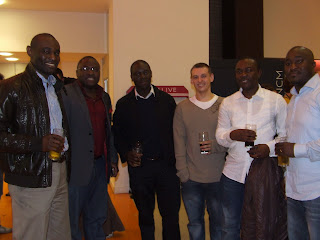 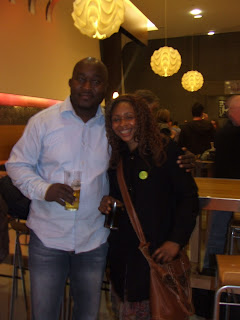 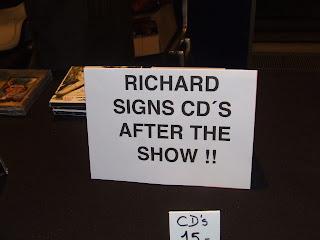 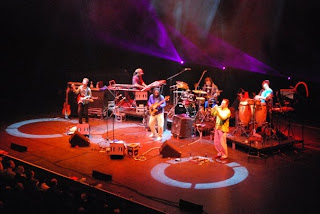 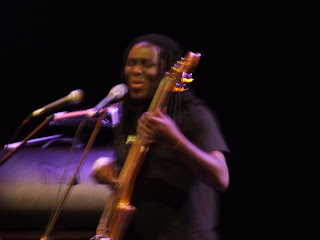 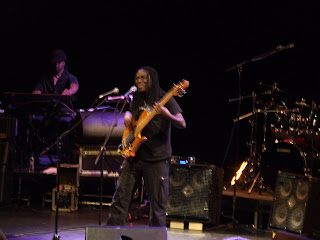 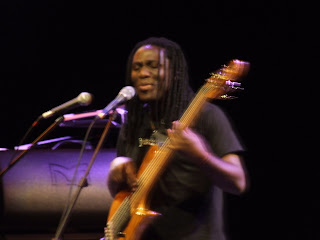 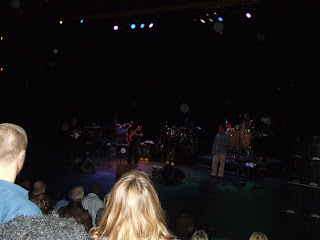 The fans - with Mr Bona 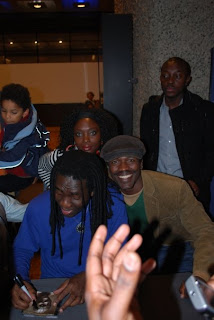 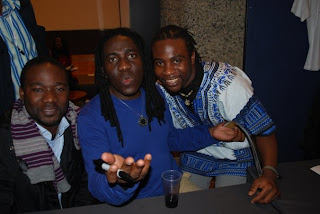 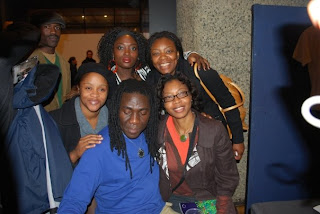 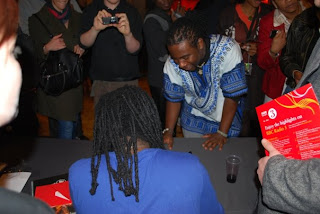 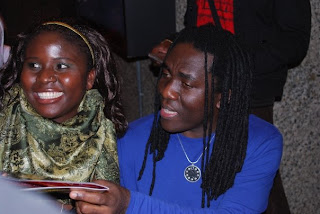 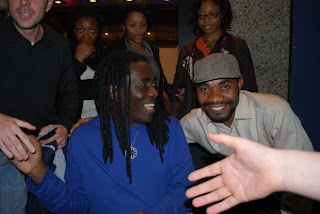 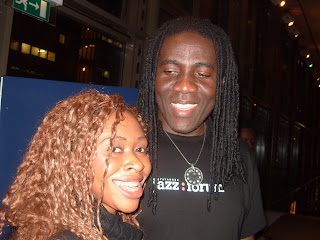 Many thanks to Richard Bona and Muntu Valdo for taking the time to talk to fans, sign autographs and take photos with them. It was great to see so many Cameroonians turn up to support these great artists. Let’s keep it up peeps!

The brainchild of Cameroonian businessman Joseph Nguty, Afrotwist – an African-themed night - premiered to a rousing reception, in Manchester, last Saturday.

u no talk. we go win blog awards he he he.

love every minute reading this blog.
keep up the good work guys