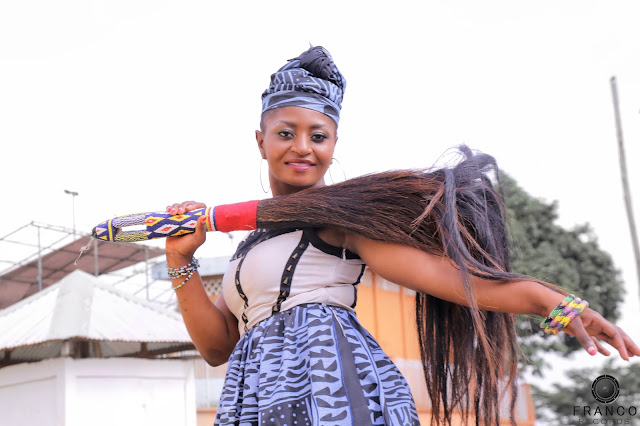 The city of Houston and its surroundings were treated to a four-night cultural bliss (July 21 – 24, 2016) marking the 28th edition of the Bui Family Union National Convention at the Hilton Houston Westchase. The spotlight of the 28th reunion   was on no other than the Cultural Ambassador from the grasslands of Kumbo Cameroon in the person of CHILLI.

The Cameroonian Cultural Ambassador brought with her a basket full of surprises as she thrilled the audience with her dialectic lyrical power, dance moves and creativity. For four days, Africans and friends of Africa were all satisfied they had seen a moving trailer and most delegates argued CHILLI is the next big thing in contemporary traditional folklore music from Africa. 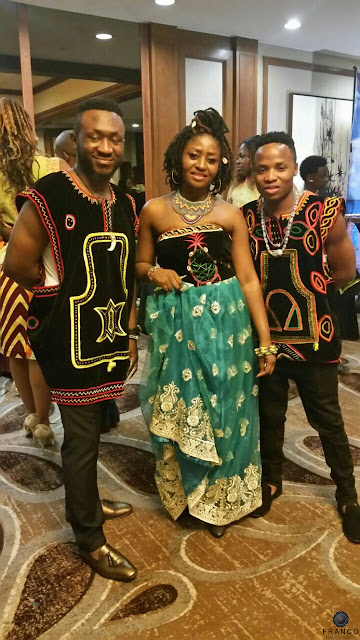 At the welcome ceremony of Thursday July 21, 2016, CHILLI thrilled the crowd with her signature song from her debut album titled “My Heritage” which led so many convention delegates to remark “It was awesome putting a face to this great track.” On Friday the cultural night, CHILLI again delivered on a rare energetic and crowd pulling style and during the gala on Saturday night was another mouth - watering surprise as she pulled the “Mbaya” track from her recent album titled “Bih Wo”  surprising the crowd on this classic acrobatic style dance from Kumbo.  CHILLI shared the stage alongside the Zouk legend GUILOU and other great performers in the likes DJ Skeeper, Lanre Manuel, Banla and Ventura, Young Flo and Myra Maimoh.

CHILLI has attained her long lasting dream of exporting original traditional music from the grass fields of Kumbo to the world stage. ‘I am more than happy I have achieved one of the biggest dreams of my career” CHILLI said smiling while thanking BFU-USA organising committee on this rare opportunity. The theme of this year’s convention was “Development through Education with focus on information Technology.” The 2016 BFU-USA National Convention in Houston was a great success, the next edition of the convention has been scheduled for Atlanta Georgia next July 2017.

Enjoy this video showcasing her latest worls from album Bih Wo.