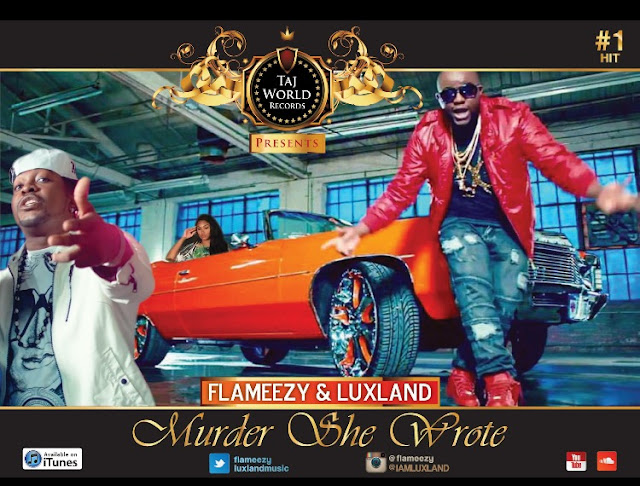 New Jersey based Cameroonian artist Luxland recently collaborated with his US Nigerian counterpart Tony Adeyin a.k.a Flameezy on the the release of Murder She Wrote. This is the first single from the upcoming project "Taj World Family" - a compilation of artistes from the label Taj World Records.

The message in Murder She Wrote is about a man who unconditionally loves his girlfriend despite her promiscuous ways. He still expresses his deep feelings and love for her, while at the same acknowledging the damages or the effect her behaviour has towards him.

Its a must watch! Awesome rhythm, great video