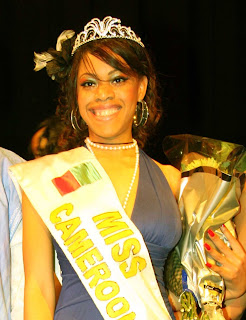 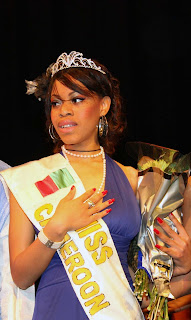 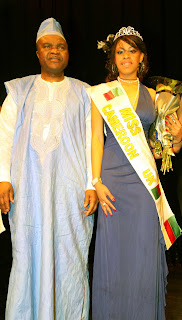 The judges were ready and waiting and with the stage all cleared and set, the lights on, the show started. The two presenters Dominique and Yolanda started by introducing to the crowd 2 singing duo by the name of Essence who came out and did their thing. 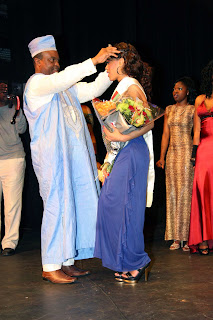 Miss Christiane Dawwe being crowned by the Deputy High Commissioner for The Republic of Cameroon, His Excellency Mr Denis Nyuydzewira 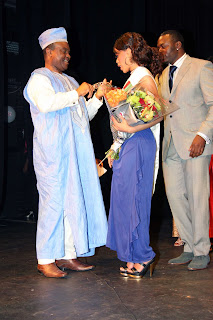 The girls were presented according to their numbers to the judges and the crowd and their first show was their presentation of a traditional dance which they all did very well apart from some hiccups from the DJ who kept stalling on the music. 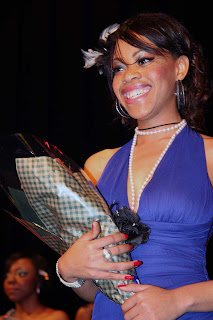 The casual wear category was a bit confusing as all but one of the contestants came out in actual casual wear. The rest were far too dressed up to be considered casual. The traditional wear was in fact African wear as none of the girls came out in any traditional gear to represent their respective tribes or provinces as this category suggests. Nevertheless, the contestants came out and gave it all they got. The two contestants who stood out in this category were Irene Muma who dazzled in what she was wearing and Christiane Dawwe who wooed the crowd when she came out. Her dress was beautiful and it also bared on the chest of the dress, the green red yellow of the Cameroonian flag. 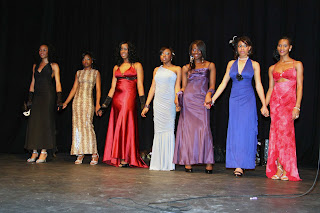 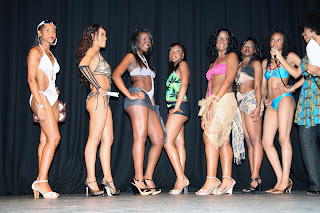 The final category was question time and the same question of “If you were the Barack Obama of Cameroon, what would you do to improve the lives of the Cameroonian people” was asked to all the girls. They all had good responses however, Christiane’s response totally blew the crowd away. I spoke to her after she had been crowned Miss Cameroon 2008 to see how she practiced her answer and she just said that it all came to her on the spot. She opened her mouth and the right words came out in the right order too. She totally appears to be very confident and capable of holding the title and representing Cameroon at whatever level and of course, her beauty shone too. 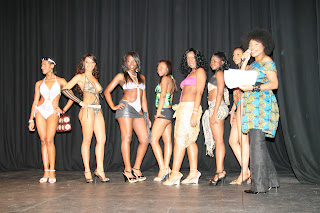 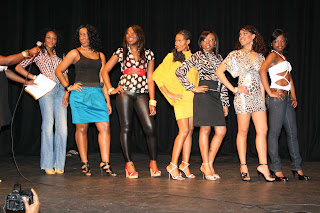 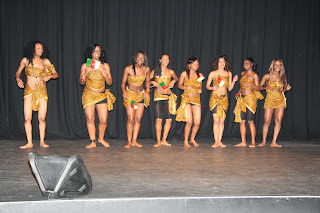 nice one dulce. weti be be that winner he answer re being the paysanne obama? i beg u don get me curious.

Lol, I'll find and send to you Missy!