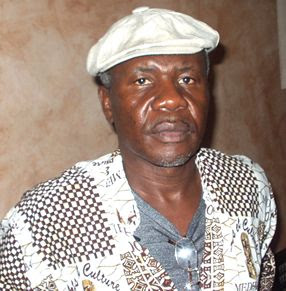 Singer Lapiro has been sentenced to three years in prison.

The 51 year old was arrested last April on suspicion of inciting anti-government riots in his hometown of Mbanga.

Public and private properties were destroyed during violent protests in Lapiro's birthplace.

The musician's wife denied her husband's involvement in organising the strike.

She told AFP news agency that he had actually calmed the rioters down and prevented them from burning Mbanga's city hall.

The outspoken star's supporter's slam his conviction as a government stategy to silence him.

Lapiro wrote a song criticising constitutional change which will allow President Biya to run for office again in 2011.

Given the artist's unwavering passion for social justice, his time in prison just might provide material for another best-selling swipe at the 26 year old administration.