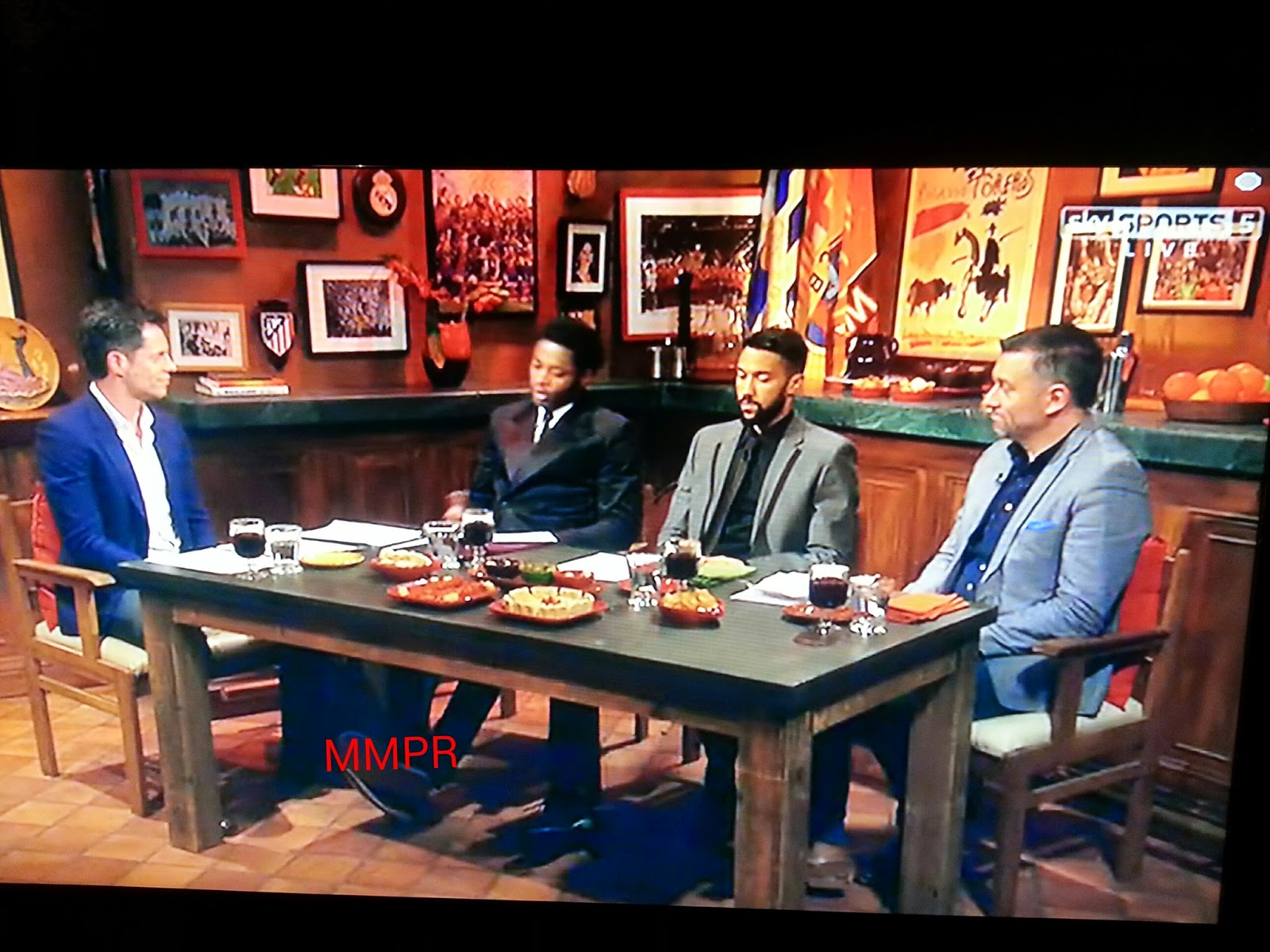 When La Liga's Barcelona and Real Madrid meet in a duel which has been defined as 'El Clasico', the whole world seems to drop everything in preparation for the game and this was so last night when over four million worlwide tuned into their tv stations direct from the Camp Nou where this two teams met for the second part of the league match.

Barcelona was the winning team this time with a 2-1 defeat of the 'los galàcticos'. On the hot seat on Scott Minto's Revista de La Liga as one of the pundit - football commentator - was Systeme Tchakap's Alex Song an ex Barcelona player now signed to the Barclay's Premier League West Ham United who could be spotted with his growing afro and a shiny navy blue suit. Our captured images below. 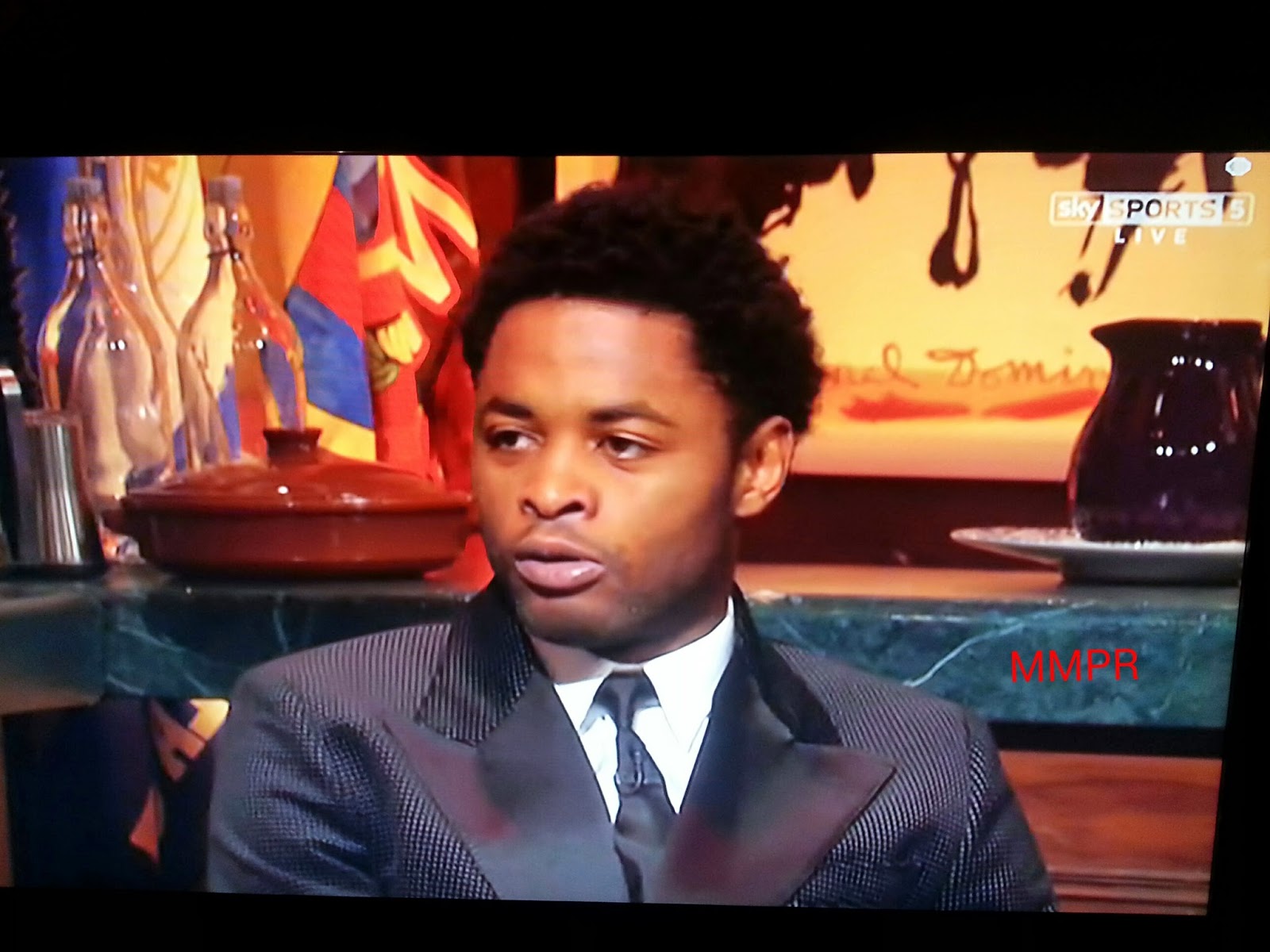 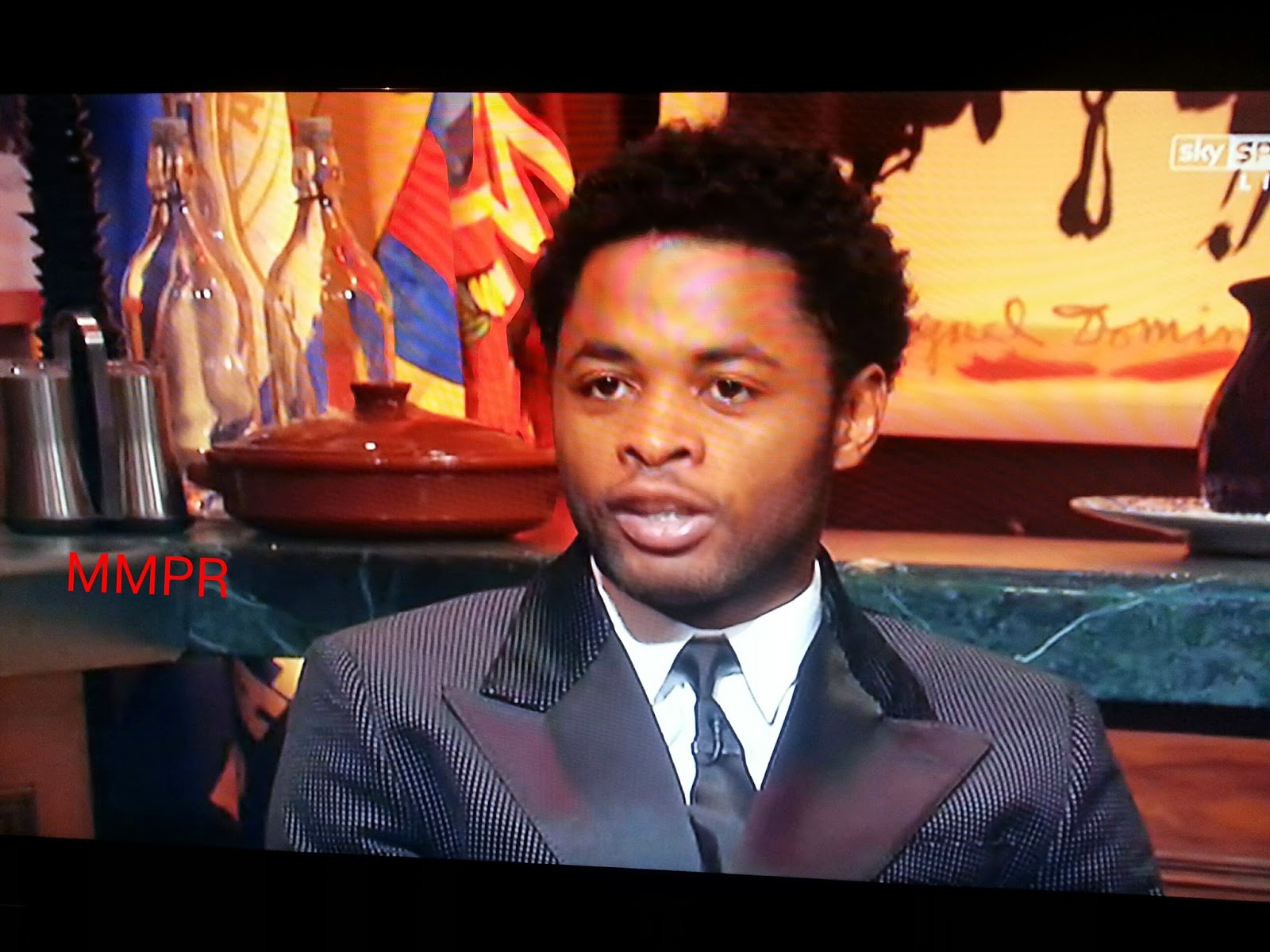