ONE EFFORT FOR HAITI 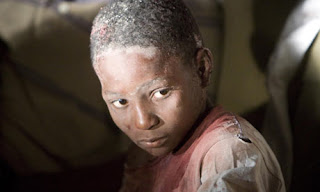 We have all seen the devastation caused by the earthquake that hit Haiti, a poor nation in the island of Hispaniola.

Countries around the world have pitched in to send rescue teams to Haiti following the catastrophic earthquake, which flattened buildings and killed tens of thousands, leaving countless others homeless.

Some Cameroonians around the world have taken it upon themselves to put their effort too for Haiti. A Cameroonian UN representative by the name of Laura Fultang is actually at the fore front assisting with the relief efforts going on.

Amabel Niba, editor of African Vibes Magazine set up the 1000 Africans for Haiti cause with all proceeds going to the Red Cross. To join, please go here http://www.causes.com/africanforhaiti. Join, contribute and make a difference. YES WE CAN!

Denzyl, the most talked about afrobeat newcomer is joining his efforts too. He will be donating all proceeds from the single "So Long - a tribute to Haiti" from his debut album entitled "So Long" to the cause. Sneek peek of the album right here.